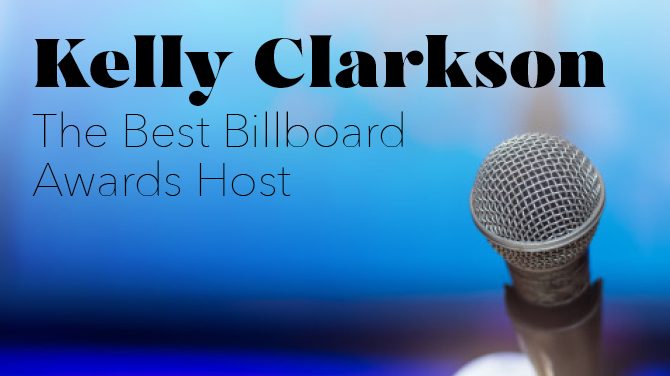 The 2019 Billboard Awards are set to premiere Wednesday, and with Kelly Clarkson in charge, it is sure to be an entertaining night.

Hosting an event in any capacity is a huge responsibility.

Hosting an elegant, enormous show honoring multi-talented stars proves to be an even bigger task.

Clarkson made hosting the 2018 Billboard Awards seem like a breeze, and others must agree, as she has been invited back to host the 2019 awards.

Clarkson has presented stardom since her first appearance on American Idol. As she went on to be the show’s first winner, Clarkson became a household name.

People couldn’t help but love the young pop singer. She went on to win three Grammy Awards and sell more than 70 million recordings.

Recently, Clarkson has shown the world even more of her personality through her time on The Voice.

As a coach, it may not take much to make her cry, she may be loud and, according to her fellow judges, she may seem to never shut up, but she is passionate, humble and has a precise vision for music.

Considering she has won the past two seasons of The Voice with young talent, it is clear that she is not only a powerhouse performer but a strong, guiding figure in upcoming music.

As far as the award ceremony itself, the excitement lies in the anticipation of just how Clarkson will run the show this year.

She is sure to be hilarious, well-prepared and maybe even a little spastic, but that’s why we love her.