Shipping off the Brow 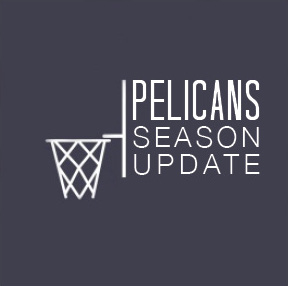 The New Orleans Pelicans have sealed the envelope on their 2018-2019 season.

A year filled with hype from last year’s surprise playoff success and disarray from Anthony Davis’ trade request made many Pelicans fans feel extremely underwhelmed about their mediocre regular season.

Before I show how this season was a grand disappointment, let’s travel back in time to the 2012 NBA Draft.

A 6-foot-10-inch freshman phenom from Kentucky named Anthony Davis rockets up the draft boards after he and the Wildcats won the 2012 NCAA Men’s Division I Basketball Championship in the Mercedes-Benz Superdome.

It was the franchise’s first season after the departure of perennial All-Star point guard Chris Paul in a trade with the Los Angeles Clippers.

The Hornets received the No. 1 pick in the 2012 NBA Draft through the draft lottery, ahead of the Charlotte Bobcats and the Washington Wizards, who earned the No. 2 and No. 3 picks, respectively.

Owner Tom Benson, who purchased the team from the NBA for $338 million before the 2012 NBA Draft, wanted a local name for his new team.

With that motion, the Hornets became the Pelicans, named after Louisiana’s state bird of the brown pelican.

The franchise changed its look too, ditching its old light blue, purple and gold colors for navy blue, gold and red ones.

Things began to turn around for the team on the court as the Pelicans made the playoffs in the 2014-2015 season as the No. 8 seed in the Western Conference with a (45-37) record.

After two seasons of missing the playoffs, the Pelicans returned to the postseason in the 2017-2018 season with a (48-34) record as the No. 6 seed in the Western Conference. The team won its first playoff series since the 2007-2008 season as they swept the No. 3 seed Portland Trail Blazers.

However, the Pelicans fell to the eventual NBA champion Golden State Warriors 4-1 in the Western Conference Semifinals.

Many fans and experts alike felt the Pelicans could make some noise and advance to the Western Conference Finals or even the NBA Finals.

But before the 2018-2019 season began, some of the core players from the previous season left the team and headed to the West Coast.

Rondo headed to the Los Angeles Lakers to join forces with small and power forward LeBron James, while Cousins went ring-chasing and signed with the Golden State Warriors.

As those two players traveled to California, the Pelicans made a surprising move and traded Mirotić to the Milwaukee Bucks in February 2019 and received small forward Stanley Johnson, power forward and center Jason Smith and four second-round picks.

Of those five players from the previous season, only Holiday and Davis remained in the Big Easy.

Now, after Davis’ public demand for a trade, it seems that it may just be Holiday that stays with the Pelicans.

It’s been one of the biggest offseason headlines since January, Davis’ next move. After the Lakers’ trade offer failed, several other teams will attempt to persuade the Pelicans to give them Davis.

Two of the biggest suitors seem to be the Boston Celtics and the New York Knicks.

The Celtics are unable to make a trade until July due to their signing of point guard Kyrie Irving, who is still under a designated rookie contract extension.

The Knicks are expected to have the No. 1 pick and can land Davis by trading this top pick so that the Pelicans could select Duke small and power forward Zion Williamson.

Ideally, as I stated before here and on other forms of media in Colonel Media Group, the Pelicans must send Davis to New York to pick Williamson. But that decision may come after several other moves around the league from players like Irving, small forwards Kevin Durant and Kawhi Leonard and point guard Kemba Walker.

The Knicks would want to land a star like Davis, Durant or Irving, but they will most likely receive either the No. 1 pick or a top-three pick in the 2019 NBA Draft.

Whatever pick they land should be part of their master plan to acquire Davis from the Pelicans.

After the Davis trade, the Pelicans need to re-shape their front office with people truly committed to building a winning organization.

Owner Gayle Benson has said that she will work to turn the team around, and it will start with a new general manager after the Pelicans fired Dell Demps.

Once the general manager is in place, the Pelicans may decide to move on from head coach Alvin Gentry, but I do not think they necessarily have to fire him.

I am neutral on that decision since I agree with both sides of the argument of whether to fire or keep Gentry.

So if you have read this article and made it to the bottom, I applaud you.

But the last thing I want to say is that I do not think the Pelicans tanked badly enough to earn better draft stock or trade ammunition.

However, I think the team will try to turn things around in New Orleans. And Davis should not be missed either.