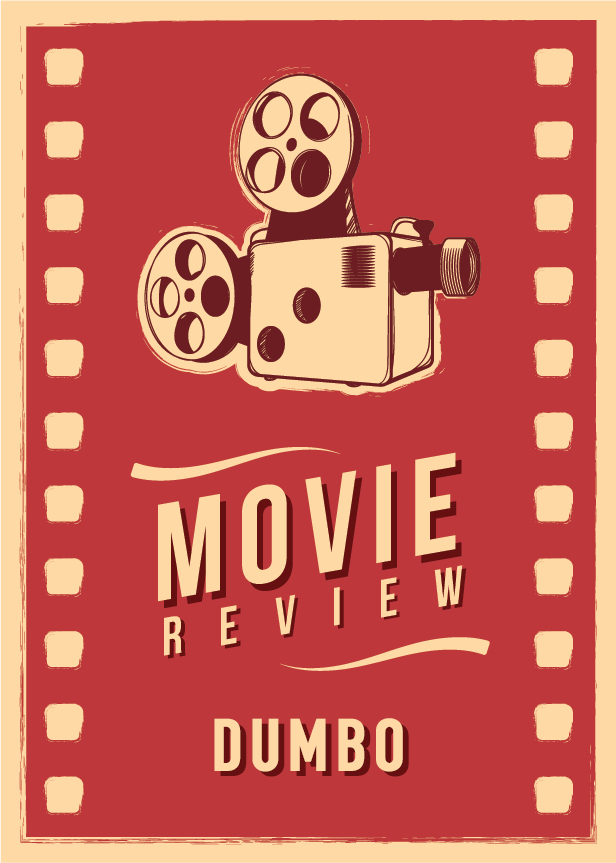 Purple dancing elephants, performing mice, circus tents and ears that give you the ability to fly are all expected in the story of Dumbo.

Disney’s 2019 version of Dumbo incorporates these things, but not in the way one would expect.

With any remake, the story is expected to be the same, with a few twists along the way. However, Dumbo (2019) starts out with similar aspects, compared to the original cartoon, but takes an unexpected turn towards the end.

A review of Dumbo (2019) alone would not be accurate with the viewer’s mindset. The comparison between the new live-action version and the 1941 cartoon is necessary.

As an audience, we can’t help but seek out the differences between the two in order to rant and rave over whether or not they work.

One consistency between the two is how adorable Dumbo himself is. With big blue eyes and the floppiest of ears, Dumbo’s appearance could not and should not be messed with.

The audience could clearly see the emotion of the animal and watched, with eyes peeled, every determined decision he makes.

As the movie progresses, the storyline is taken in a different direction.

When the extremely elaborate Dream World experiences some inconvenient difficulties, it leaves the question of, “Does any circus deserve Dumbo?”

In a race to reunite Dumbo and his mother, the cast of misfits work together to console the baby elephant, but not without some “oomph” from him.

Although a remake can not be watched without comparing it to the original, Dumbo (2019) is a heartfelt experience that takes its audience on a whirlwind of emotions, soaring alongside the beloved character, Dumbo.