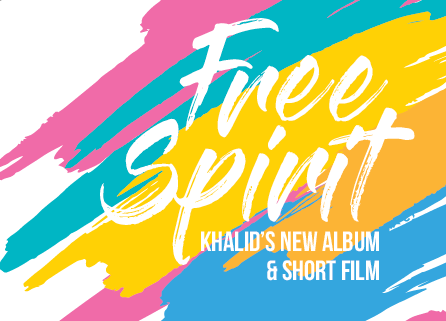 Amidst the hype surrounding Khalid’s singles “My Bad” and “Talk,” plus appearances on The Voice and Saturday Night Live, the songwriter’s sophomore album is becoming highly anticipated.

The album’s exclusive premiere will be preceded by a short film on April 5 across the nation, including showings in Harahan, Baton Rouge and Lafayette.

Adding to the teaser trailer that was released on March 14, the official trailer for the Free Spirit short film was published on March 27.

It depicts a story of Khalid, co-producer Emil Nava and their group of friends having an adventurous, free-spirited gathering in the great outdoors.

The short film is the first of its kind, as it lays the framework for the album two days before its official release on streaming services.

Expectations are high, yet still growing, for the El Paso, Texas, musician’s forthcoming album. With Khalid’s vastly successful freshman album American Teen peaking at fourth on Billboard’s 200, fans and critics alike are enticed by the release of this upcoming project.

The innovational short film release, alongside the Free Spirit album, is nothing short of brilliant, as it sets a tone and overall vibe for the project as a whole.

With movie soundtracks like that of Black Panther, Spider-Man: Into the Spider-Verse and Creed II revolutionizing the film industry, the incorporation of film production alongside musical releases is a beautiful collaboration, to say the least.

Khalid has been a very prominent figure in television and the media, so his album is almost guaranteed to be a success.

From the summertime vibes of the groundbreaking Free Spirit short film trailer to Khalid’s recent singles, the album is likely to contain easygoing, upbeat melodies. If interested, be sure to catch the short film in local theaters next Friday, or at least give the album a listen on release.