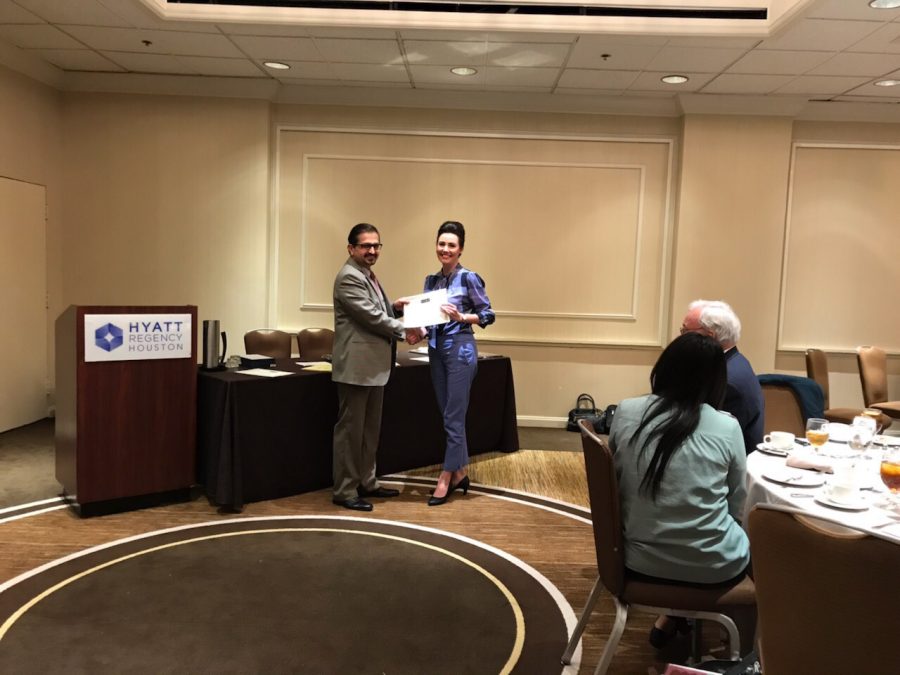 After she had been announced as a finalist, Valenti won first runner up and said that all the finalists received a $250 award.

“I am honored and humbled,” Valenti said.

This competition was with The Association of Collegiate Marketing Educators (ACME) in Houston.

Throughout the event, each of the finalists were allowed to have 20-minute presentations and then ten minutes for questions and answers. Valenti’s presentation was about how she can help a student get a job in social media.

Valenti said her competitors were some people she already knew, one of which was a professor at a university in Arkansas, Shaun Hunt.

“I was starstruck and humbled when I saw his name, and I felt like I had already won something,” Valenti said.

Valenti also said that the competitors and herself all had something in common. She said that all three of them complemented each other because their main focuses were the students they get to teach every day.

The professor said she prepares her classes for events like this by having interactive discussions about social media because that is something they are interested in. She said they get to see what social media looks like all the way down to what the business part of it looks like.

She said students are very creative and that she takes the same business approach to every class she teaches.

“Teaching social media enhances student academics. I think students interact more because social media is something they are interested in, but what they don’t understand is the business part,” Valenti said.