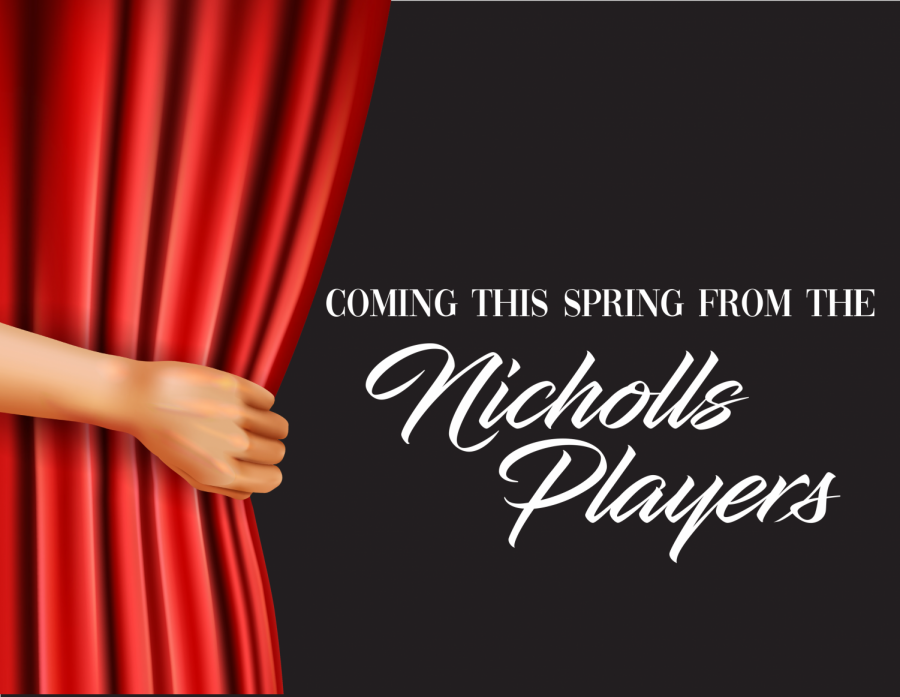 The Nicholls Players are scheduled to present Tennessee Williams’s The Glass Menagerie in the Mary and Al Danos Theater this weekend.

Opening night begins at 7 p.m. on Thursday and following showtimes include Friday and Saturday at 7 p.m. and with a matinee performance at 2 p.m. Sunday.

Tickets are $7 for Nicholls students presenting a Colonel Card and $15 for general admission.

Verdin said The Glass Menagerie will be a good transition for the Nicholls Players. He also said the audience will enjoy this dramedy and how the cast presents it.

In the play after the death of their father, Tom turns to drinking and partying.

“Getting into the mindset of a 1920s drunk was a little tricky, but the process has been very fun. Although stressful, I think all of our hard work is going to pay off,” Verdin said.

Verdin said this is the most challenging play he has been apart of due to the four cast members and an hour and a half worth of lines to memorize.

Kirsten Almeida, an English major playing the role of Amanda, said auditioning for the limited parts was very hectic.

“Amanda is one of the people who talks the most in the play. It wasn’t easy memorizing, but one of the nice things about Tennessee Williams is you can kind of anticipate where the conversation is supposed to go,” Almeida said.

Rachel Vanderbrook, English major and Nicholls Players stage manager, said her job is to make sure everyone is doing what they need to be doing backstage.

“I have to be forceful but not mean. I have to write down what needs to be on stage for what acts, make sure people are on the right sides of the stage and I have to keep in contact with the light booth who are controlling the lights and sound,” Vanderbrook said. Although a lot of work, Vanderbrook said she enjoys her role.
“The play is a classic, if you like historical dramas,” Vanderbrook said.

On opening night, the cast said they are hoping for a good turnout.

“We’re a small cast, so I don’t expect anything crazy, but classmates have expressed interest, and I think the night will go well,” Almeida said.