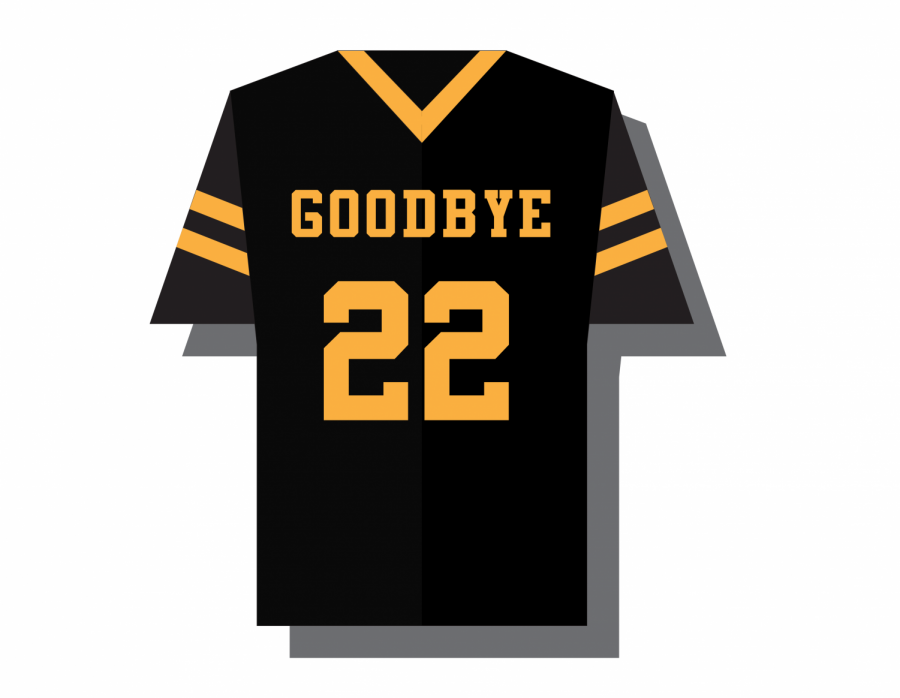 Every year, without fail, the NFL’s free agency period is an equal blend of predictable moves and unpredictable surprises.

Unpredictable: the Cleveland Browns acquiring wide receiver Odell Beckham, Jr., from the (depleted) New York Giants in exchange for safety Jabrill Peppers and the 17th and 95th picks in the 2019 NFL Draft.

Every now and then, a team has to say goodbye to a beloved player who is offered a better contract elsewhere, like quarterback Nick Foles, who signed an $88 million deal with the Jacksonville Jaguars a little over a year after leading the Philadelphia Eagles to the franchise’s first Super Bowl victory.

And, sometimes, a team says goodbye to a beloved player in a move that simultaneously hurts but makes sense for the future of the franchise.

The Saints are no strangers to this experience. In 2015, they rattled the NFL free agency period when they traded fan-favorite (and Brees-favorite) tight end Jimmy Graham and a fourth-round draft pick to the Seattle Seahawks in exchange for the 31st overall pick and veteran center Max Unger.

It was a move that broke Black and Gold hearts all over Louisiana, but four years later, it’s a move that helped to take the Saints from three subsequent 7-9 seasons without playoff appearances to the 2019 NFC Championship.

The success of Unger and the rest of the OL paved the way for quarterback Drew Brees to have a historic season at 39 years old, finishing the regular season with the highest completion percentage (74.4 percent) and quarterback rating (115.7) in the league. Brees also went on to break the NFL’s all-time passing yards record of 71,940 yards that was held by Peyton Manning.

The Graham/Unger trade is proof is that a team sometimes needs to let go of a key player to bring change that will prove beneficial in the long run.

That’s why when reports broke on March 13 that the Saints let free agent running back Mark Ingram walk away to sign a three-year, $15 million contract with the Baltimore Ravens, it was emotional news, but news that made sense for both the Saints and their longtime running back.

What Ingram leaves behind is a historic, eight-season career with the Black and Gold that establishes him as one of the most impactful Saints running backs of all time.

In a victory over the Steelers on Dec. 23, Ingram surpassed McAllister to become the Saints’ all-time leader in rushing touchdowns (50).

It’s hard to imagine any team letting a player of Ingram’s caliber get away.

The problem with the Saints is not that they lacked a reliable starting running back; it’s that they had too many.

When the Saints drafted Alvin Kamara out of Tennessee in the third round of the 2017 NFL draft, no one could have then predicted the extent of the impact he would have on the Saints’ offense.

Kamara completed his rookie season in 2017 with a league-high 6.1 average yards-per-carry and 3.83 average yards after contact. Though he finished with significantly less rushing yards (728) than Ingram (1,124), he picked up 826 receiving yards, the highest of any running back in the league.

Kamara is undoubtedly a necessary piece of the Saints’ offense, set apart by his ability to pick up significant yardage after contact and by his receiving abilities.

A running back who can seamlessly elude defenders and snag upwards of 20-yard (and even 40-yard) passes is not one a team wants to lose, especially with a quarterback like Brees at the helm.

It’s been fun watching both Ingram and Kamara make plays for the Saints’ offense these last two seasons, and it’s been even more fun watching the bromance that has formed between them.

“[Ingram] Poured everything he had into me and for that, I’m forever grateful. Probably the smoothest first 2 years an NFL player has ever had and I owe a lot of it to you brother. Thank you from the bottom of my heart,” Kamara wrote.

However, splitting touches between two running backs who should both be the primary running back for a team can only work for so long. Both players deserve a chance to be utilized to the fullest. Both should get the money they deserve.

And right now, Kamara’s youth and versatility make him a better fit for the Saints.

On top of his impressive run game, Kamara offers a reliable target for Brees presently—an attribute that puts him a step above Ingram as a key piece in the Saints’ offense.

With the future-Hall-of-Fame quarterback very close to retirement (potentially at the end of the upcoming season), Kamara is young enough to remain a longstanding, consistent piece of the Saints’ offense when it inevitably has to face a quarterback change for the first time in over 13 seasons.

Kamara is the team’s future.

Ingram’s departure comes with monetary benefits on both ends as well. Prior to the Ravens picking Ingram up, the Saints signed former Vikings running back Latavius Murray to a four-year, $14.4 million contract—significantly less than what it would have costed to keep Ingram around.

In the upcoming season, fans will likely see Kamara handling the majority of the Saints’ run game, with Murray offering relief.

At the end of the day, it just makes sense for the Saints to part ways with their longtime running back. Ingram gets paid what he’s worth. Kamara gets an even bigger role in the Saints’ offense. Everyone wins in some way.

It will be bittersweet to watch Ingram in purple next season, but Saints fans should be more than thankful for his eight seasons with the Black and Gold. Ingram leaves behind a legacy, one that won’t be forgotten.