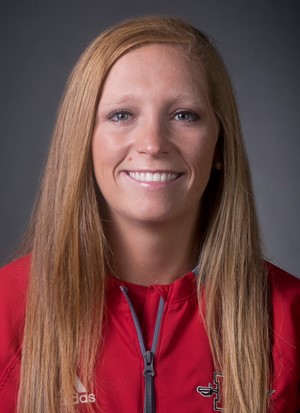 Being a student-athlete is no easy feat, between the hours upon hours of practice and the long road trips for away games. Throw in a few all-conference honors and a spot on a USA national team, and that feat becomes more impressive.

Manage a 4.0 GPA and academic honors on top of that, and that feat seems nearly impossible.

For softball shortstop Amanda Gianelloni, a fall of 2018 graduate from Napoleonville, that feat was only as impossible as she would allow it to be.

“Everything that I’ve accomplished, I’ve stuck my face in the mud and worked for it,” Gianelloni said. “Nothing was ever given to me.”

In her four years as a member of the Nicholls softball team, Gianelloni has garnered a number of awards, including All-Southland Conference First and Second Team honors, All-Louisiana First Team and Honorable Mention honors and Louisiana Sports Writers Association (LWSA) Freshman of the Year and SLC Freshman of the Year awards.

During her freshman, sophomore and junior years, Gianelloni tried out and was selected for the USA Baseball Women’s National Team, which gave her an opportunity to represent the country at the biennial Women’s Baseball World Cup in South Korea in 2016 and Florida in 2018.

All the while, the business marketing major earned a spot on the SLC All-Academic First Team during her junior year and upheld a 4.0 GPA throughout her final semester.

Gianelloni’s success has not come without sacrifice, though.

“I take my [competitiveness] and my gritty hard work and resilient spirit from sports, and I put that into school. I’m really competitive with myself in school, so I think achieving but also dealing with failure in sports has helped me balance my schedule in school,” Gianelloni said.

Last semester, Gianelloni’s daily schedule consisted of waking up at 5:00 a.m. for workouts before attending class from 8:30 a.m. to 2:15 p.m. After class, she had practice and training room from 3:00 p.m. to 6:00 p.m., followed by homework for three capstone classes and a 400-level biology class.

Gianelloni said that two things have kept her level-headed amidst her extreme schedule: her Catholic faith, which she said has brought her perseverance and the knowledge that she does not have to go through it alone, and remembering her “why.”

“My ‘why’ in sports and my ‘why’ in softball, when things get tough, I remember why I do itーwhy I play softball, why I strive so hard to do well in school. I think that gives you the ability to push through when times get tough,” Gianelloni said.

Though softball and baseball are a huge part of Gianelloni’s life, she said that school has always been a more important priority.

“I always made it a point to put my education first because I believe that getting an education and being knowledgeable, I really think that carries you in life, and you can be more successful as a person,” Gianelloni said.

Gianelloni’s path to playing softball began with boys’ baseball, which she played until she was 11 years old. After her father gave her a choice between switching to softball and eventually competing in college or continuing baseball, she settled on softball.

Gianelloni said she is “very grateful” for that decision, now looking upon the career she has had and the friendships she has made at Nicholls.

Gianelloni said her decision to come to Nicholls had to do with wanting to make a difference and be a part of something meaningful. Last season, she got that chance when the softball program won its first SLC Championship since 1996.

“Every single year that my class has been here, we’ve gotten closer and closer to that goal, so last year, when we finally brought a championship back to Nicholls, especially for my classーthe seniorsーit meant the absolute world,” Gianelloni said.

When Gianelloni tried out for the USA Women’s Baseball National Team for the first time after her freshman season and again in the subsequent years, she became one of 20 women each time to make the team out of the hundreds who tried out.

She said that mixing her passion for softball and baseball with a chance to represent the country she loves is the “ultimate package deal” and that she lived every athlete’s dream.

As she rounds out her collegiate softball career, Gianelloni wants to keep sports as a part of her life while putting the education she received to use. Her current plan is to work in professional sports, particularly the MLB, NFL or NBA, while continuing to play baseball.

Looking back at her collegiate career to this point, Gianelloni feels that she accomplished more than she imagined for herself.