What the new Nicholls Chick-fil-A costs, and where the profits are going 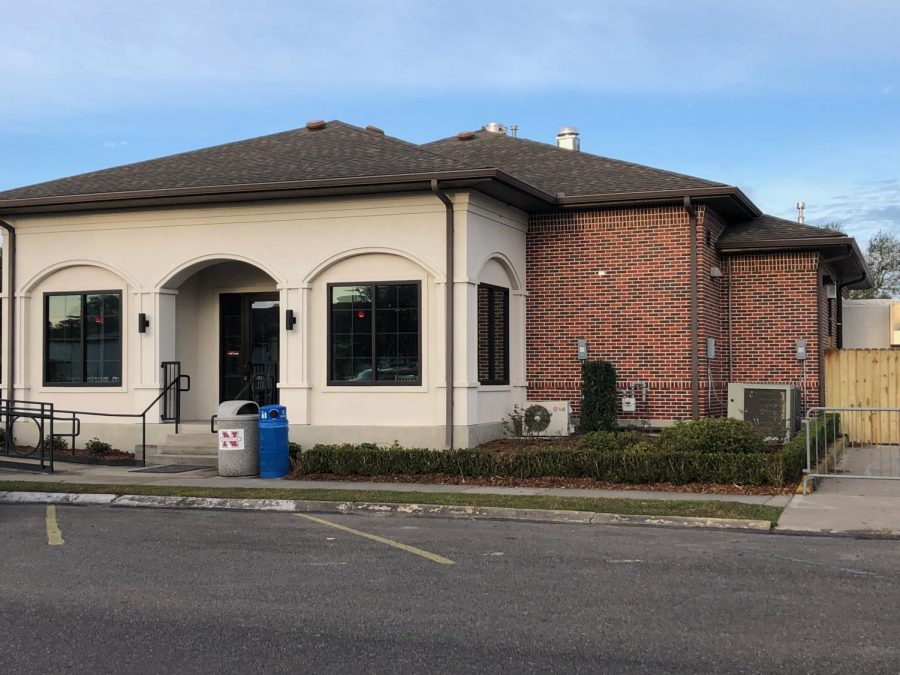 The new Chick-fil-A on Nicholls State University campus, a project spanning two years, has brought with it a series of contract changes regarding the university’s projected revenue .

Sodexo, the company that runs Nicholls’ dining services, paid over $1.5 million for the project. Nicholls provided Sodexo with some of the funding. The relationship between Sodexo and the university began approximately 16 years ago, starting with the request for approval process.

After an initial 10 years, the university had the option to renew its contract with Sodexo twice, for five years each time.

At the end of the second renewal period, of which Nicholls is currently in with Sodexo, the university will have to go through the request for proposal process again.

“The amount of capital that Sodexo committed to provide to the university was completely fulfilled in the first 10 years of the contract,” Terry Braud, Nicholls vice president for finance and administration, said.

Sodexo and Nicholls developed the idea for the on-campus Chick-fil-A during the second renewal period, and so Nicholls had to amend its contract with the food services company in order to make it possible.

While Sodexo had to agree to invest more money into the university in the amendment negotiations, Nicholls agreed to a 5 percent commission rate for the first $1 million in revenue, and a 10 percent rate for the profit beyond that amount.

In addition to adjusting its accepted commission rates from Sodexo, Nicholls has also allocated a total of $200,000 of funding to the Chick-fil-A for construction. Nicholls previously collected that funding from Sodexo over the first renewal period to cover maintenance.

“Based on some of the recent activity that Sodexo has seen with some of their partnered universities and Chick-fil-A [locations] opening there, they’re now estimating $2 million annually, meaning the university gets about $150,000,” Braud said.

If all goes as Braud said, university officials expect the on-campus Chick-fil-A will cause a two-thirds increase in revenue from Nicholls’ earlier days with Sodexo. Braud said Nicholls previously earned an estimated $50,000 of the company’s $1 million in revenue each year.

Those revenues go to a budget intended specifically for auxiliary services, which includes on-campus housing, the cafeteria, cash services and the ballroom. It is a budget managed separately from the university’s operating budget. Sodexo, not Chick-fil-A, gives Nicholls all the money.

There was previously a Chick-fil-A location in the Nicholls student union, and while it proved profitable for the university, Brenda Haskins-Dial, the Nicholls executive director of auxiliary services, said that she believed the owner of that location was not seeing the same revenue as other Chick-fil-A franchises.

“The owner of the one here also ran the one in the mall [in Houma], and he sees all of those students at Christmas and summertime in the mall when they’re out of school,” Haskins-Dial said. “Where’s Nicholls in the summer and at Christmas? We’re closed, so he wasn’t getting that same revenue base, and so I think that didn’t look like the market he wanted.”

The new Chick-fil-A is going to be one of five licensed franchises with a freestanding location, as opposed to the previous one that was part of a food court in the Nicholls student union.

“The reason why we’re putting it outside is because we’re betting that people from Thibodaux will also come to it.  When we had the old Chick-fil-A and it was set on the inside, nobody would come to it,” Haskins-Dial said.

The enclosure of the outdoor seating area will contain an additional 40 seats for Chick-fil-A, as opposed to the 10 seats Jazzman’s previously had.

“I think it’s still not going to be enough seating,” said Russell Barrios, Sodexo general manager at Nicholls. “For the volume that we’re going to be seeing, we’ll probably need another hundred seats, but we’re kind of landlocked with the way the building is constructed.”

Barrios said that Sodexo and the university have watched the recent openings of Chick-fil-A locations at Northwestern State University and Xavier University of Louisiana in order to learn from the mistakes that those locations encountered. As a result, Barrios said the Nicholls location added additional equipment and made operational changes to prepare for the influx of customers and the necessary budget to handle them.

“Northwestern, for example, their sales budget was about $8,000 a day, and they’re doing over $17,000 a day,” Barrios said. “By them going first and going through some of those aches and pains, we were able to learn some lessons.”

In addition to operational preparations, Sodexo and the university have been in conversation with campus police and Thibodaux Police Department to address parking and traffic concerns. The university created eight new parking spots and plans to convert 40 student parking spots to those for Chick-fil-A.

“There’s always sacrifices when you want to bring in a brand like Chick-fil-A,” Barrios said.

The creation of new parking spots will not impact the pricing of parking fees for students, nor will the addition of brands like Chick-fil-A influence the price of meal plans for students who regularly eat in the cafeteria.

To ensure the financial success of the Chick-fil-A, Haskins-Dial said the Nicholls menu won’t feature some of the less popular menu items. Those items include bagels and a few sandwiches and salads. The Chick-fil-A, as a policy for locations licensed to other businesses, will not have a drive-thru. The licensee, Sodexo, will pay its employees.

“Chick-fil-A, they have their standards when it comes to customer service, and so we were looking for that caliber team member who could bring that experience to customers,” Barrios said. “We were willing to pay a premium to bring on those team members.”

The auxiliary services staff communicated with Student Government Association at Nicholls when determining what brand to bring to campus.

Chick-fil-A was the top brand requested by students, and so Brenda-Haskins said it was one of the first brands that Nicholls reached out to. Since plans have gone underway for Chick-fil-A, Nicholls has also installed a university-owned Starbucks kiosk in the library and is considering bringing a Pizza Hut to campus in the future.

It intends to place the restaurant in the union, and would have the ability to deliver pizza around campus.

“In the next year or two, we would like to see another national brand come to the student union to try to offset some of the pressure that Chick-fil-A is going to see,” Barrios said.

After a delay from what Sodexo expected to be a mid-February opening, it plans to open the new Chick-fil-A on Feb. 28. 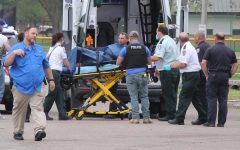