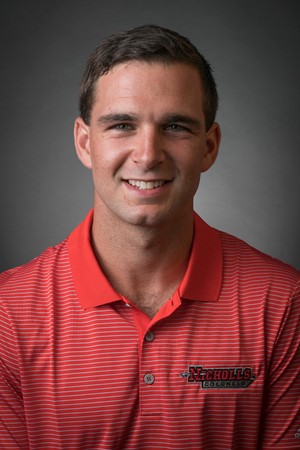 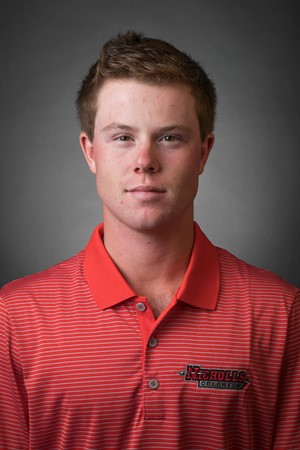 It is a simple fact that all college athletes must eventually graduate and move on from their team, but for the Nicholls men’s golf team’s lone pair of seniors, whose four-year friendship has extended beyond the golf course, moving on at the conclusion of their final collegiate season looks a little different.

“We’ve been through a lot. We’ve traveled a lot together. I guess being with each other for eight months out of the year the last four years, we’ve made quite a few memories together, senior Baker Stevenson said.

For Stevenson, a Hartland, Mich., native majoring in business, taking up golf was a natural progression. His father, who works in the golf industry, introduced Stevenson to the sport at an early age. Though Stevenson’s sport of choice growing up was hockey, he stopped playing after middle school and began competing in golf tournaments in high school.

The success of his high school team led Stevenson to want to play Division I collegiate golf. He ultimately chose Nicholls, where he met fellow senior Jack Lee for the first time at orientation.

Lee, a business major from Bihorel, France, saw the early makings of his golf career at age seven. At around 12 years old, he began playing on a competitive level and, since then, has participated in anywhere from 15 to 20 tournaments annually.

When Lee graduated high school, he chose to continue his golf career in the United States by playing in the NCAA, so he likewise decided on Nicholls.

Both seniors described the move to south Louisiana as a “culture shock.” France native Lee praised the region’s French culture, as well as its food and people.

“[This area has] just very nice people. I love that…Here everybody’s just like, come however you are and we’ll like you. We’ll welcome you,” Lee said.

Moving to an area where they did not know anyone, Lee and Stevenson wound up living together during their freshman year and again during their senior year. In their four years of friendship, the pair has pushed each other to succeed both on the golf course and in their shared classes.

With the team lacking junior members, Lee and Stevenson’s departure leaves the current sophomores as next season’s leaders. Head Coach James Schilling said his hope for those sophomores is that they continue to mature to be able to fill the role left behind by the seniors. Additionally, he would like the team’s three freshman to be able to bridge that gap as well.

“We’re going to be extremely young next year without any seniors. It’s going to be a big adjustment for everybody, so hopefully we’ll see some more leadership out of the sophomores we have this year going into their junior year,” Schilling said.

Schilling said that having Lee and Stevenson on his team over the last four years has been rewarding. He said they have taken their time at Nicholls seriously and shown great appreciation for the opportunity to play the tournament schedule they have, both away and at home.

His hope for the men as they left home and entered a new environment to play at the collegiate level was for their overall experience at Nicholls to be a positive one.

As the seniors enter their last semester, Schilling has one piece of advice for them.

“I tell them that it’s very important for me for them to really enjoy this last semester because this is it for them. The four years that you’re here, the eight semesters that you have, really fly by, so I really want them to enjoy their experience,” Schilling.

For Lee and Stevenson, the remainder of this season is about making it a meaningful one and leaving their mark. Meanwhile, they will keep the option of trying to play professional golf open as they have their sights set on finding jobs.

“[The hardest part is] going into the real world, I guess. It will be the first time, for me, the first time in my life where I’m not really part of a golf team or playing competitively,” Stevenson said.

The golf team is set to travel to Mobile, Ala., for its next tournament, the Mobile Sports Authority Intercollegiate, on Feb. 11 and 12.