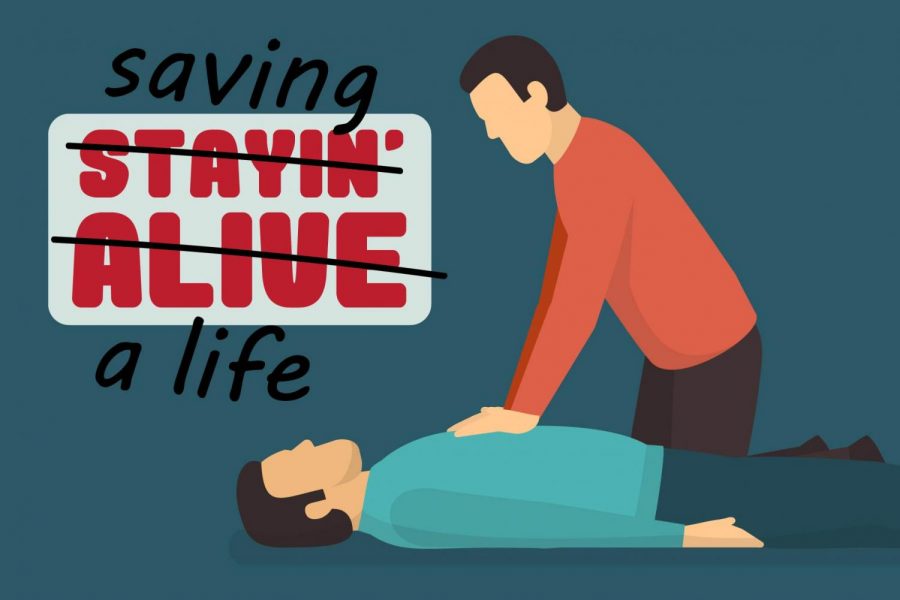 Whether a fan or not, there are many ways The Office can be described. Terms like awkward, cringe-worthy, entertaining, heartwarming or even random are easily in the mix. Whatever the term is to define this American classic television series, no one thought it would be life-saving.

As many news reports from last week stated, an Arizona man used a piece of knowledge he remembered from the 2009 “Stress Relief” episode of The Office to perform CPR on an unconscious woman. Although this task is incredible, cynics may ask how accurate medical information can be if retrieved from a comedic TV show.

Caroline Goldstein, a nursing senior from Staten Island, N.Y., said she thinks the scene is accurate and even though CPR isn’t the hardest thing to learn, it is extremely vital to know.

“These types of situations probably happen all over the world. Our brain can remember small bits of information, like a small snippet of an episode we’ve seen before,” Goldstein said.

In the episode, the instructor tells Michael to perform chest compressions to the tune of “Staying Alive.” As this is really the only information the course instructor is able to get out, it is an easily remembered tip. As the episode continues, the office shenanigans get out of control, as always. Andy distracts the office by belting out the lyrics to “Staying Alive,” leaving Michael unable to save the dummy. The instructor, at a loss for words and effort, gives up just in time for Dwight to step up and take control. Through the use of stupidity and humor, Dwight ends up cutting off the face of the dummy, wearing it and completely destroying the objective of the class. Ridiculous as it may be, all these events strung together could be the very reason the episode stuck in the back of the Arizona man’s mind.

Jade Gallaher, mass communication sophomore who is CPR certified, said her only issue with the episode was that while showing the CPR technique, they left out the instructions to blow air back into the person’s airways after compressions. She said that is a key concept in giving someone CPR because they can’t breathe on their own.

Gallaher goes through training every two years for her work with the city of Slidell’s summer recreation program. She said they teach them everything all day, and then they practice on test dummies without arms or legs, just as Michael points out in the episode. As far as accuracy goes, “It’s a little bit of half and half; you got to have a little bit of common sense with the TV,” Gallaher said.

No matter how close one might feel to the characters, The Office is a TV show and we know that. We know that the over-the-top office chaos and inappropriate workplace behavior is designed for television, scripted to make an audience laugh and ultimately to get more views. That is why we watch TV in the first place. We want to be entertained and to escape it all for 25 to 30 minutes out of the day, right? Despite the shenanigans that occurred throughout the scene, this very scene lead an Arizona man to save a life.

Some episodes may be stupid, most are heartwarming and all are entertaining, but for those skeptics, The Office may contain more real-life knowledge than one would think.