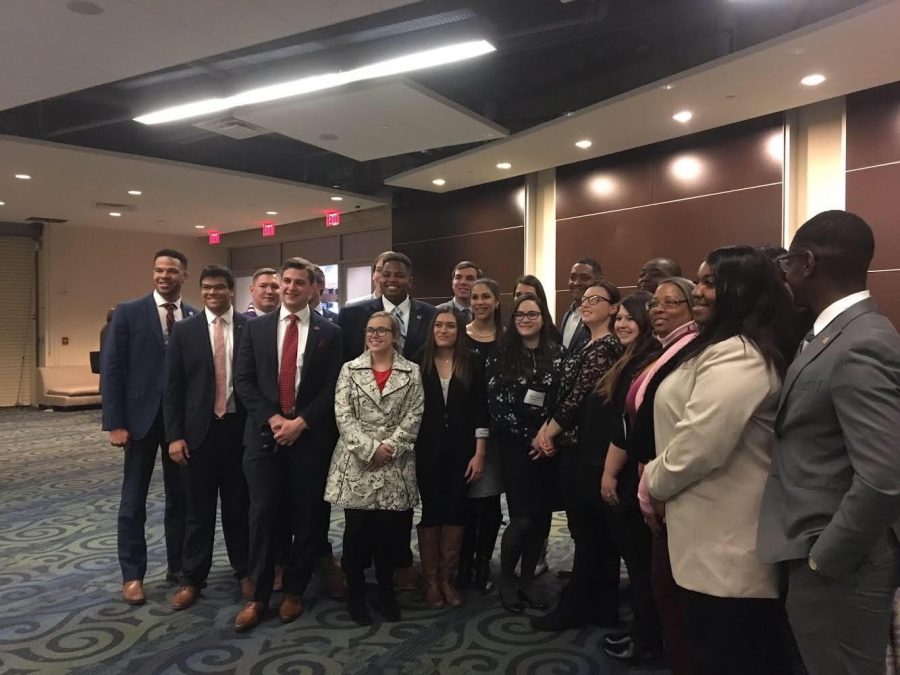 The Student Government Association president Austin Wendt traveled to Washington, D.C. to represent the student body at the National Campus Leadership Council this past weekend.

“I went on this trip to advocate and to help increase the students’ participation in voting. I want to help students have a voice and for students to know what is going on and how the situations that were discussed affects them,” Wendt said.

Wendt confirmed that this was a work trip where politicians, other SGA presidents and himself went to all the congressional delegations, which included Senate members and House of Representative members.

They also went to the Department of Education to hit on regional accreditation. This allowed the different SGA presidents to advocate and learn the top issues on campus on a national level.

Since Nicholls is closest to the coast, Wendt’s main goal was advocating for coastal erosion. According to U.S. Geological Survey, Louisiana’s barrier islands are eroding at a rate of 20 meters per year.

Another topic that was discussed was the idea of being able to identify dyslexia.

“There is a lot of misconception with disabilities, and it is one of the many things that Senator Bill Cassidy is working on,” Wendt said.

Wendt said he wants the students with these disabilities and the ones that don’t have TOPS to be recognized and to get the education that they deserve. Wendt also said he wants to come up with a plan for food insecurity that would allow students with lower income to have a hot meal.

“Now food insecurity is a national crisis that has been secretly plating American campuses. You have a lot of students who have to make certain sacrifices just to be able to attend college. They are sacrificing the ability to live in some places and to be able to eat,” Wendt said.

On campus, faculty and staff took a survey on whether or not they could identify people with food insecurity, and they found that the number of students that have food insecurity is at least 20 percent.

Wendt said he plans on teaming up with the Nicholls senate to come up with an emergency meal program that will come from the student government budget.

Wendt said the trip to the nation’s Capitol helped come up with these solutions, as well as advocate for new ideas.

“First of all, it is always good to have your institution in D.C. and to get to know state officials, politicians and business people. With them all in one place, you can make yourself known and even make personal connections with them. That is why it is so important to go to these events because it entails us to create partnerships. It is especially important around this time because you can advocate with all these big players who are really important people,” Wendt said.