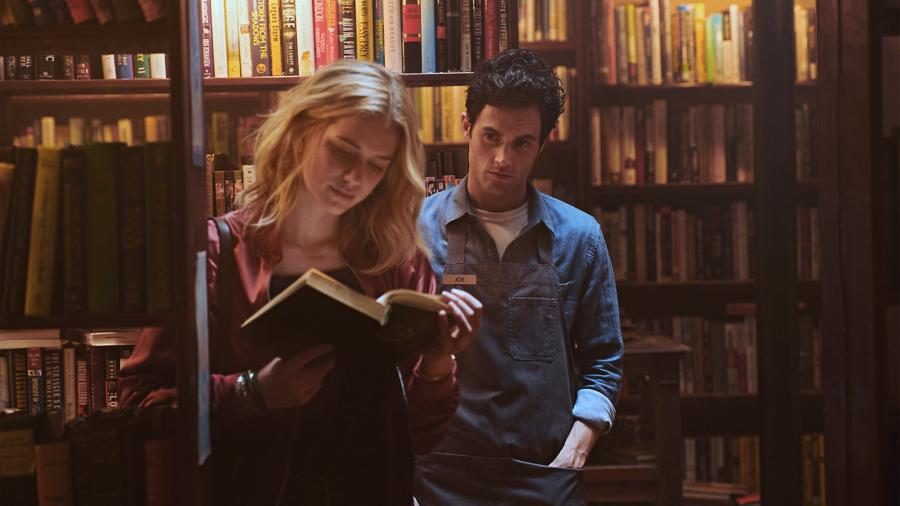 Stalkers are creepy, right? Is that still the consensus, or no? Has popular opinion changed? Is it attractive now?

In most cases, the answer would be “no.” However, the new American thriller series, You, has caused some debate on this issue. The fine line between admiration and obsession comes into question as character Joe Goldberg begins sacrificing anything for love.

Apparently, to the fans of You, the term stalker just got enticing.

In the only ten episodes aired so far, Goldberg’s innocent crush becomes more intensified and controlling. A budding romance turns sinister in his attempt to be the perfect boyfriend in order to not only be a choice but be “the one” for Beck, an aspiring writer.

When the show first aired on Lifetime in December, it slowly gained dedicated fans. Once the show expanded to Netflix, viewership increased, feeding off the buzz of the new thriller.

Viewers may look at actor Penn Badgley in You and see the same sweet, love-struck teenager from Gossip Girl. Yes, Dan Humphrey loved Serena van der Woodsen, and yes, he may have even deceivingly wiggled his way into the “it” crowd on Manhattan’s Upper East Side, but the characters are not the same. Goldberg takes the romantic ideals of being perfect and protecting to the point where Badgley himself does not understand why his character is so popular.

As the show’s plot continued to reveal itself, Goldberg’s actions go from excusably creepy to uncomfortable stalking, eventually leading up to the plot twist with murderous tendencies that make it a necessity to keep the lights on while viewing.

The simple fact that viewers do not know what to expect from Goldberg keeps the binge-watching alive. Fans go from rooting for the relationship to wanting to scream in warning for Beck. The rollercoaster ride that is Goldberg’s intentions has provided a consistent audience base who wait for answers.