The misuse of women in cinema 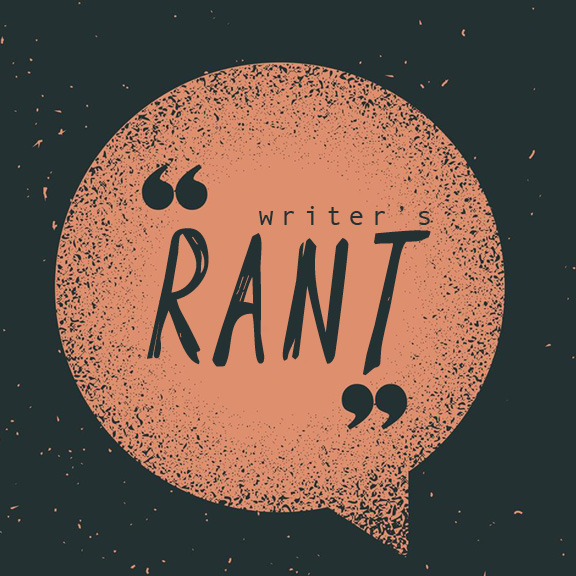 Diversity has been a hot button issue in the medium of film for most of its short existence. In recent years, there has been a big push for more women in film.

My issue is not with the push for diversity itself; I actually think it is one of the most significant issues we must address in the world of film. My problem is with how the film industry has been trying to quiet those dissenters that want diversity. It also has to do with the public’s reaction to how Hollywood is, for the most part, handling this issue.

In the past few years, there has been a mainstream rise in what I call “gender bender” films. Ghostbusters (2016) and Ocean’s 8 (2018) are clear examples of the way mainstream Hollywood is addressing the issue of diversity. These films are bad for the film industry and the discourse on gender diversity. I have seen many people praise these films, or at least the methods these films use. If one is actually to care about gender issues, they must condemn these films.

My condemnation of these films is not because they are entirely lead by a female cast. These films are merely using the popularity of gender equality as a way to cheaply and easily corner a profitable area of the market. There is nothing about these films that aid in making Hollywood more diverse. They do the exact opposite. Hollywood using a push for diversity to make heaps of money is not new. There was a massive push in the ’70s for more African American representation in film. It spawned the genre of Blaxploitation. To understand what Hollywood is doing with these “gender bender” films, it helps to have some background info on the genre of Blaxploitation.

Blaxploitation started as a way to corner the African American market in America. Much how the “gender bender” films of today are cheap and unoriginal cash grabs, the Blaxploitation films were hastily made films that were focused mainly on having a black cast. Many of these films used a hyper stereotyped visage of African Americans, which was not always negative.

Shaft (1971) is an excellent example of how these films did not deal with wholly negative stereotypes. The character of Shaft is still one of the coolest characters to lead a movie, however, a stereotype is still a stereotype, and they still created an unrealistic and generalized image of a whole race.

The Blaxploitation films did a lot of the same things that these “gender bender” films employ. Films like Blacula (1972) and Blackenstein (1973) took familiar stories and simply black washed them with stereotypes. Both of these films, like Ghostbusters (2016) and Ocean’s 8 (2018), are not automatically bad. I actually enjoy many of the Blaxploitation films, on the surface. They still were shoddy attempts to make African American cinema for a profit.

The Blaxploitation era is also majorly influential. Django Unchained (2012), Jackie Brown (1997), and Blackkklansman (2018) would not exist without the genre of Blaxploitation. That does not give the whole genre a pass for its existence; it just shows that good can come from a bad move from Hollywood.

My issue with these “gender bender” films is about how lazy they are and that they are pandering to the nth degree. They serve as more a demining pat on the head of women. It is an effortless move to please a demographic enough to take the money and run. Even though the mainstream has been dealing with these just-for-money films, there have been many strides in feminist cinema in both mainstream and indie scenes that should be celebrated.

In 2014, the movie Selma released. Directed by Ava DuVernay, it is one of the most intimate looks at Martin Luther King, Jr. Rather than focusing on him as a figure, DuVernay crafts an interior look at one of the greatest Americans ever born.

Yorgos Lanthimos’ The Favourite (2018) is led by a stellar cast of actresses. Olivia Colman, Rachel Weisz and Emma Stone give show-stopping performances that blew me away. The film also puts these women’s characters in the leading spot plot-wise. The women are shot with great respect, while the men are seen as weak. It may seem odd to talk about a film directed and written by men in a rant about feminist cinema, but that brings me to my next point.

Men can make feminist cinema. When discussing gender issues, it is easy to make it an argument about us versus them. That is not true at all. To fully obtain equality in the film industry, we need to diversify and praise films that send a message that adds to the international discourse on gender. It is not a male or female issue. It is not an issue for all the genders in between. It is a human issue. There are many male-led feminist films that aid in gender issues and equality way more than Ghostbusters (2016).

Martin Scorsese’s feminist duology of Taxi Driver (1976) and Raging Bull (1980) are master classes on unchecked toxic masculinity. Ridley Scott’s Alien (1979), while on the surface just a science fiction horror film, is really about the death of femininity in the face of modernity. Feminist cinema is not about who makes the film or the gender makeup of the cast; it is about the content of films.

As I stated above, the bulk of the creative force of the film industry is white men. While white men can make films that address gender issues and push for equality, film will die without diversity. If most films are from white men, film will stagnate making the push for diversity imperative.

Ghostbusters (2016) and Ocean’s 8 (2018) do not bring the industry closer to diversity. They do the exact opposite. They are offensive. They treat the issue of women in cinema in a juvenile and insulting way. These films are just taking old films and adding a bunch of women. The problem is that they make money. That is something I cannot stand for when there are amazing women behind and in front of the camera actually helping address the issue. Great male directors are doing the same exact thing. The film-going public needs to show, with money, that we support real, creative freedom for women and that we do not support using women as marketable objects.

Opinion: I shouldn’t have to pay to take online test 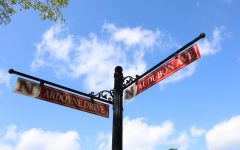 A letter from the NAACP president on changing street names 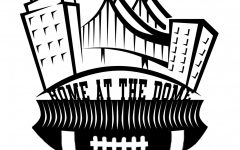 Opinion: It’s time to march on after a promising season

Letter from the editor: Four years and 107 papers later

Since the 1973 Supreme Court decision in the case of Roe v. Wade, abortion has been a popular topic for debate. Some stress the importance of the mot...