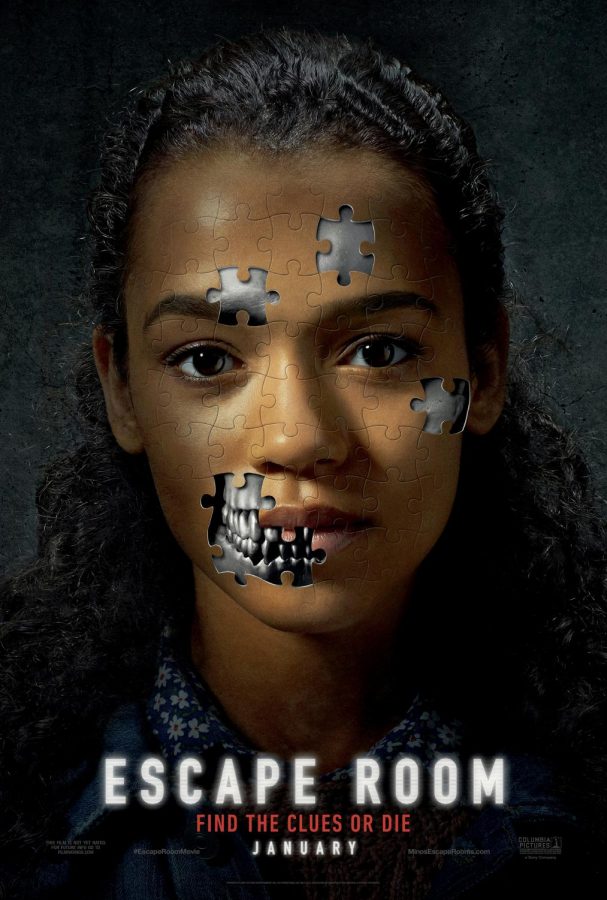 Over the years, thrilling movies have found common ground in pushing people to their limits. Over and over again, they show that desperate people will do desperate things, whether the reason is for revenge, personal gain or an attempt at a completely new life.

The characters in Escape Room show up for a chance to win $10,000 and maybe a new life, not knowing what really lies inside these rooms. The limits pushed by these out-of-luck characters with nothing left to lose can seem outrageous in less stressful situations. By adding strangers struggling to solve a puzzle created specifically for them, with details about their lives that they must figure out in order to save their lives, might lead someone toward the crazy side.

Directed by Adam Robitel, Escape Room begins with a frantic scene that hints towards the ending of the game. Robitel lets the audience know right away that this is no ordinary escape room and continues this mysterious feel throughout the entire film. Audiences can be found at the edge of their seat as the gang moves from burning heat to extreme cold to upside down rooms.

This “game creator” that pulled people to compete in made up situations to represent the game of life for amusement not only targeted desperate people but tricked them.

In a familiar set up to the Saw franchise, although slightly less gruesome, these strangers must solve puzzles and risk their lives to get to the next stage of the game. People might think that in these extreme cases, it might cause people to work together because they have to. That sentiment may be true, but when the question of “is it them or me” comes into play, contestants may not be so nice.

Although this concept of a greater power having control is not new, the characters’ situations and way of thinking are. Throughout the game, the characters fight and argue like normal, but also question why they are there, who put them there and how they can survive.

Overall, Escape Room provides non-stop drama, interesting clues and details, and intelligently leads the audience into a twisting end that will leave anyone rooting for the underdog.