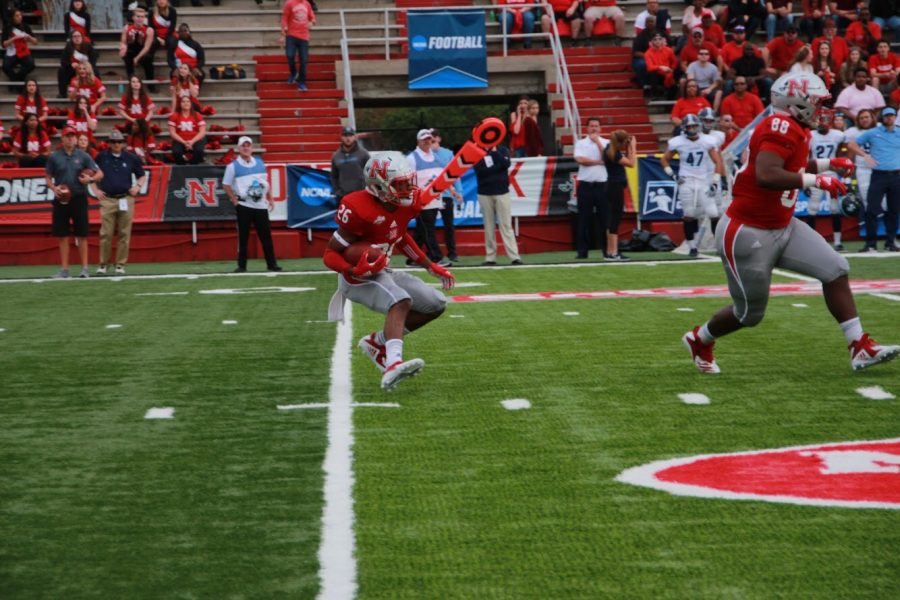 After coming off its first playoff win in 32 years, the Nicholls State University football team ventured to the state of Washington.

They took on the No. 3 seed of the 2018 FCS Playoffs, the Eastern Washington University Eagles, at Roos Field in the second round of the bracket, but fell to the Eagles with a 42-21 loss this past Saturday.

Nicholls started the game off with junior defensive back Khristian Mims intercepting a pass from Eagles sophomore quarterback Eric Barriere on the first drive of the game.

That turnover led to junior quarterback Chase Fourcade’s one-yard touchdown run to give the Colonels an early 7-0 lead.

An Eagles field goal made the score 7-3, but Colonels junior running back Dontrell Taylor scored on a three-yard touchdown run to make the score 14-3 in the second quarter.

Right before halftime, Colonels senior kicker Lorran Fonseca lined up for a 37-yard field goal attempt, but the Eagles blocked it and returned it for a touchdown to make it 14-10.

It was all Eagles from that point on, as the Colonels allowed 39 unanswered points in the second half.

A 34-yard touchdown run by Fourcade in the fourth quarter made the score 42-21 as the game ended.

The Eagles outgained the Colonels in total yards of offense 431-381, despite committing more penalties and losing the time of possession battle.

Student-athletes expected to return include junior quarterback and Southland Conference Player of the Year Chase Fourcade, who is now the all-time leading passer in program history.

Nicholls made history in 2018, including a Southland Conference Championship, a playoff victory and winning both rivalry games in the regular season against the Northwestern State University Demons and the Southeastern Louisiana University Lions.