Colonels win conference title and earn a spot for the playoffs 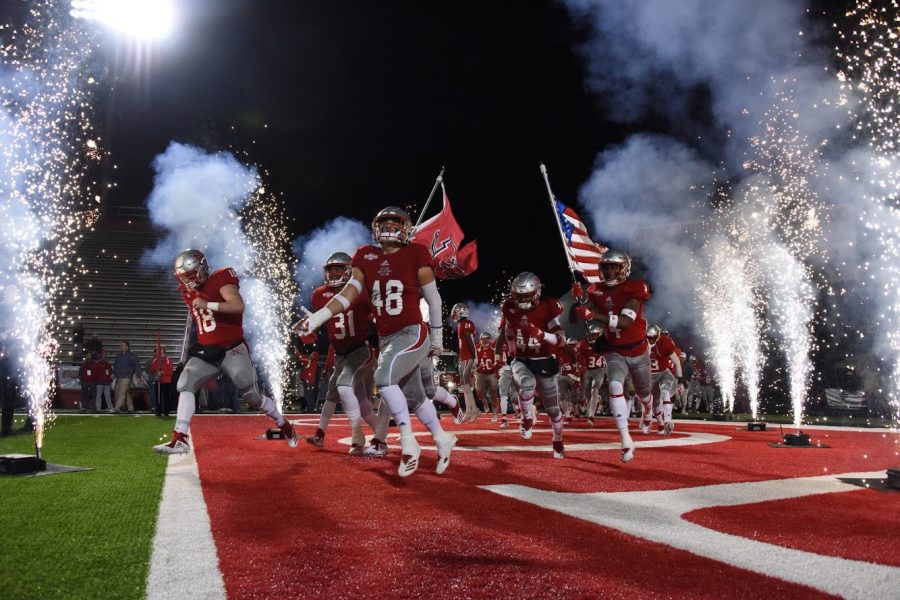 This win earned the Colonels their first Southland Conference title since 2005 and an FCS playoff berth for the second year in a row.

Also, this game was the annual River Bell Classic against their rival, the Southeastern Louisiana University Lions, which the Colonels had not defeated since 2015.

The Colonels (8-3, 7-2 SLC) started off with senior defensive back Ahmani Martin forcing two fumbles, which set the tone of the game for Nicholls.

On the first offensive snap for the Colonels, junior running back Dontrell Taylor cruised for a 15-yard touchdown run.

Then, freshman running back Julien Gums scored on a 2-yard touchdown run, with a missed extra point, to give the Colonels a 13-0 lead after the first quarter.

In the second quarter, junior quarterback Chase Fourcade ran for a 9-yard touchdown run to increase the lead to 20-0.

Senior kicker Lorran Fonseca atoned for his failed extra point and booted a 23-yard field goal to give the Colonels 23 points at the break.

As the Colonels returned from halftime, Fourcade fired a 10-yard touchdown pass to senior wide receiver Gabe Fuselier to make the score 30-0.

Fourcade scored again on the ground with a 1-yard touchdown run to increase the Colonels’ lead to 37-0 in the fourth quarter.

Gums added the final score of the game with a 10-yard touchdown run, and the Colonels won 44-0.

The Colonels rang the bell as they won the River Bell Classic Trophy and the Southland Conference Championship Trophy, which they share with the University of the Incarnate Word Cardinals.

But, the win over the Lions gave the Colonels the automatic bid into the FCS playoffs over the Cardinals, who must await their postseason destiny.

This victory also gave the Colonels a (5-0) home record, their second straight regular season of being undefeated at Manning Field.

The Colonels await their playoff date, opponent and venue announcement on Sunday at 11:30 a.m. on ESPNU as the FCS Playoff Selection Show airs.

The Colonels will look to advance in the postseason after falling to the University of South Dakota Coyotes 38-31 last season at home.