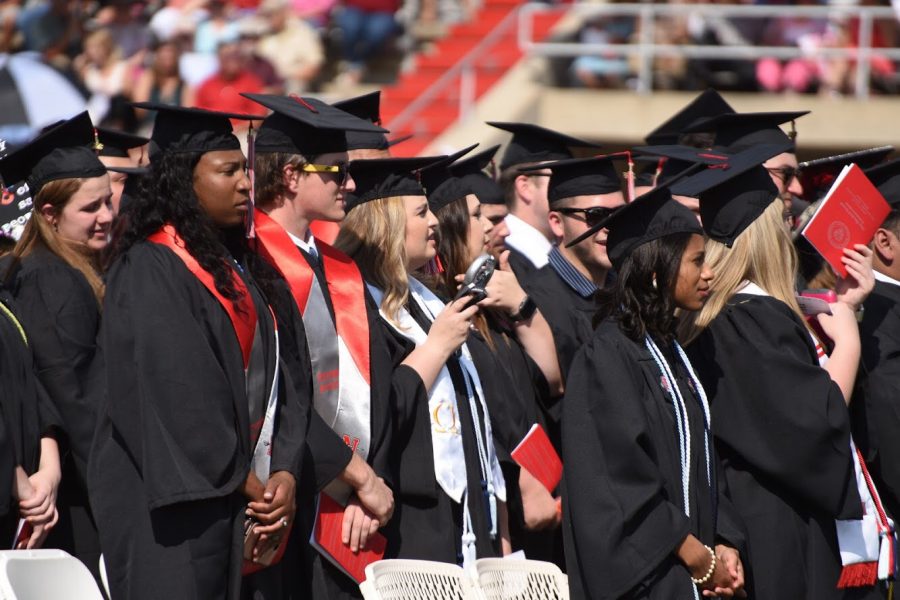 The fall 2018 Nicholls State University Commencement Ceremony scheduled for Dec. 15 in the John L. Guidry Stadium has been changed to the Stopher Gymnasium.

Jerad David, director of university marketing and communications, said although he enjoys the outside setting of the stadium, the Louisiana weather is just too unpredictable. He said graduation is the milestone that everyone is trying to reach.

“We want people to be able to enjoy that day with their families in a non-disruptive way,” David said.

Issues like wind, heat and the amount of time families are asked to sit contribute to these disturbances. Although upgrades have been made to the speaker and scoreboard in the stadium, a windy day can make it very hard to hear the program, especially from the stands.

This past ceremony in May, the heat not only affected elderly attendees but also graduates, to the point of passing out.

This gives everyone enough time to get in, have the ceremony, spend time celebrating with families and leave in time for the next group David said.

Also at the ceremony, Nicholls will be honoring Donald T. “Boysie” Bollinger with the the Honorary Doctorate. This honor is the highest form of recognition offered by Nicholls State University.

“He has been a long time supporter of the university so we are going to honor his efforts to support Nicholls and higher education in Louisiana,” David said.

Tickets for the event will be distributed by number of graduates per college. Academic affairs looks at how many students are in each college and then divide the number of seats by the number of students to determine the number of tickets per graduate. Additional tickets become available once tickets are unclaimed.

David said seating is one aspect where graduates have to look at the pros and cons of location. There is a difference in the 10,500 people Guidry Stadium holds to the 3,500 people Stopher Gymnasium can hold.

As for student opinions, David said on social media there was a mix of opinions but they haven’t received big complaints.

Going forward, the decision will continue to be monitored. A goal of Nicholls is to grow enrollment and as larger graduating classes come through, more changes may need to be made.

David said four sessions may be needed, but for the foreseeable future, the gym is the best place.