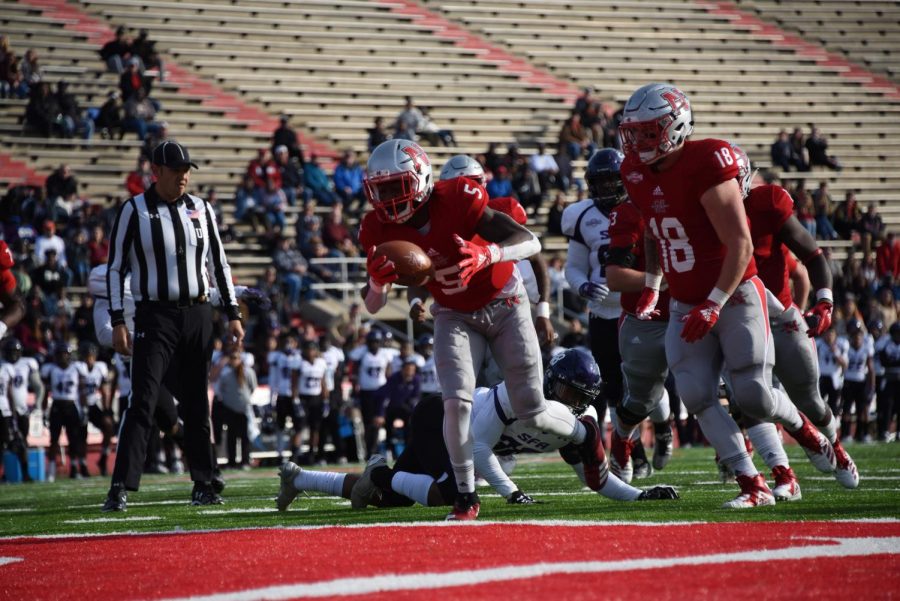 Senior defensive back Corey Abraham intercepted a pass on the Lumberjacks’s first play of scrimmage on offense from junior quarterback Jake Blumrick.

A sack and fumble recovery by junior defensive lineman Sully Laiche late into the first quarter halted the Lumberjacks from trying to score as they trailed the Colonels 14-0.

Then, in the second quarter, Fourcade tossed a seven-yard touchdown pass to senior wide receiver Gabe Fuselier to make the score 21-0.

Senior kicker Lorran Fonseca kicked a 22-yard field goal as time expired in the second quarter to cap off the first 30 minutes of play for the Colonels.

In the third quarter, the Colonels scored on the ground, with junior running back Dontrell Taylor going into the end zone from two yards out and freshman running back Julien Gums from four yards away.

Another defender got in on the interception action when junior linebacker Evan Veron stepped in front of Blumrick’s pass to set up Gums’s four-yard touchdown run to make it 37-7.

Nicholls put away SFA with junior running back Kendall Bussey hauling in a screen pass from Fourcade and took it 48 yards for a touchdown to make the score 44-14 in the fourth quarter.

Another Fonseca field goal put the Colonels at a 47-14 final.

The victory gives Nicholls a (4-0) home record and sets the stage for a pivotal matchup to close the regular season.

Besides the rivalry between the programs, this game is crucial to the Red and Gray.

A win over the Lions clinches a playoff berth for the second year in a row and a share of the Southland Conference title.

This accolade has not been garnered by the university since the program’s 2005 season.