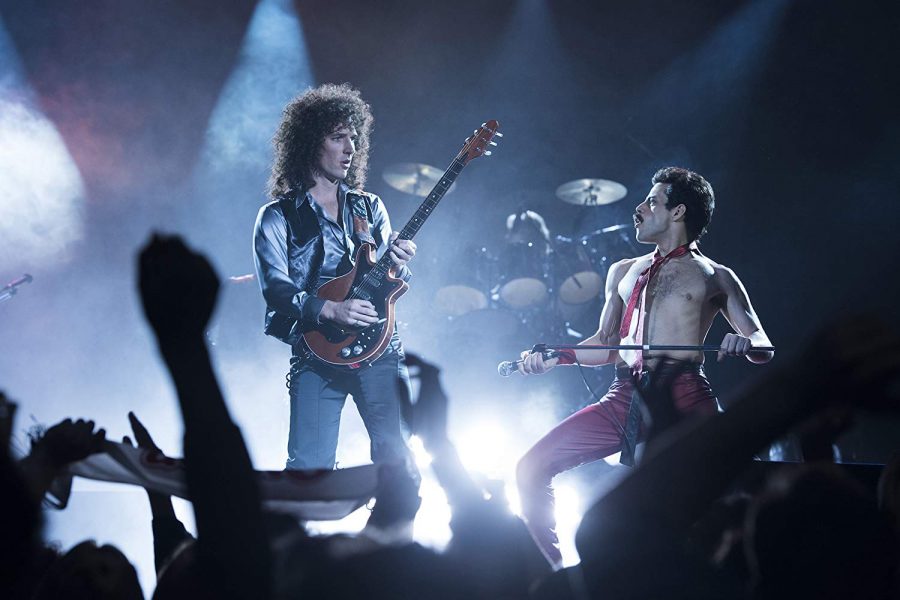 Bohemian Rhapsody is a biopic that covers both the band Queen and its lead singer, Freddie Mercury’s, life from the formation of Queen in 1971 to the worldwide “Live Aid” concert in 1985. Being one of, if not the best, rock and roll groups of all time is a tough act to represent, but the film is able to represent the excitement, drama and raw talent that the band is famous for.

The film starts with a young Farrokh Bulsara at a nightclub, listening to a local band. The with an incomplete band. Bulsara approaches them and shows off his vocal range, and although he fumbles with the mic and replaces some lyrics with his own, his swagger on the stage is immediately present and paves the way for his future persona, Freddie Mercury.

The film jumps around time periods, showing the band creating the albums Jazz and Night at the Opera,  which started their trend of transcending genres and their music not being referred to as rock and roll music but “Queen music” instead.

Before those albums were released, however, Queen fights with their label, EMI Records, about releasing Bohemian Rhapsody as a single on the radio. A six-minute song on the radio would’ve been unheard of at the time, so the band leaves and promises EMI would be the label that missed out on Queen (not before throwing a rock through the window of the building).

Fast forward, Queen is touring in America, selling out shows and is at the top of the world.

During his rise to stardom, Mercury struggles to remain faithful to his wife, Mary Austin. Mercury became aware of his bisexuality after constantly being surrounded by adoring male and female fans, and when he tries to explain this to Austin, she doesn’t take it well. They slowly fall apart from each other, much to Mercury’s dismay, as he still loves Austin.

At the top, there’s nowhere else to go, so the band begins to fight over petty things, mostly due to Mercury’s larger than life persona and personal problems with his relationships outside of the band. The band breaks up due to Mercury trying to go solo, and it’s while he is alone with people he doesn’t care about when he finds out he has AIDS and decides to live the rest of his life the best he can.

Mercury gets the band back together for the worldwide “Live Aid” concert to benefit child hunger in Africa, and the film ends with their performance and text telling the audience that Freddie Mercury died at age 45 of AIDS-caused pneumonia in 1991, surrounded by loved ones.

Rami Malek’s role as Freddie Mercury, the complex lead singer of Queen, is absolutely fantastic. Mercury was able to somehow be the most flamboyant, confident and emotional person to ever hit the stage. He does an amazing job of showing the audience what they missed by never knowing Freddie Mercury. Malek is also able to take the character down to his deeper, darker side that was full of alcohol, drugs and lack of love.

Mercury was the definition of a performer, and Malek gives a nice window of what it was like to be at Madison Square Garden when Queen performed in 1977. Obviously, Malek isn’t able to recreate Mercury’s vocals, so the film relies on lip syncing, but it doesn’t hinder the performance.

The movie does an amazing job of giving off the pure feel-good vibes of the band. The movie is as fun to watch as the band is to listen to. The band feels alive, and the vibrancy of their relationship is a joy to watch.

However, from a biographical standpoint, the film doesn’t tell Queen’s story well. The time skips leave behind some of the most important aspects of Freddie Mercury’s life by making his relationship with Mary play out as they do in movies, when in reality, it was much more complex. 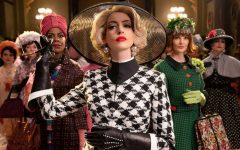 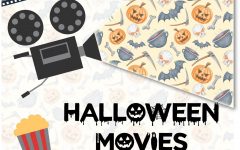