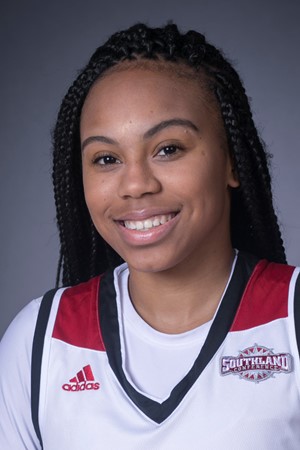 One of these student-athletes is Colonels junior guard Tykeria Williams, who said she began playing the sport to emulate her father.

“Well, I guess basketball was like a family thing,” Williams said. “My dad started off playing, and I kinda wanted to be a lot like him.”

Williams said she sensed an opportunity to lead the Colonels this season after former guard Tia Charles graduated following the team’s historic 2017-2018 campaign.

“Coming back as a junior, I feel like I have to take a lot of responsibility as being a leader and basically help the team as much as I can. [As] the point guard, you first have to be at the same page as the head coach. I have to know all the plays, have to be able to put everyone in their position and get the ball around to everyone, so we can have a good score,” Williams said.

Williams hails from Montgomery, Ala., but she said when she got in contact with Nicholls and went on a visit, she felt like Thibodaux was the place for her.

“The head coach here contacted my high school coach, and I came on a visit. I felt like I was wanted here [at Nicholls]. For me, at my other visits, it was kinda like ‘of course you want to go here,’ where at Nicholls, I actually felt more wanted and needed,” Williams said.

Despite her success, Williams said she still has other individual goals she wishes to achieve.

Williams said the results of the previous season, which culminated with a Southland Conference Tournament Championship and a berth in March Madness, placed a target on the team’s back.

“Coming off of a championship win [last season, implies that] there is gonna be a lot of people coming after us, so we got to come back even harder. Also, we have a lot of shoes to fill. Since our seniors left, we have a lot of freshmen coming in, so as a team, we are working to be on the same page,” Williams said.

Head coach Dobee Plaisance said the team will aim to pick up the tempo on the floor in its quest to attain success yet again.

“We are gonna have a little bit different look, because [the new group] are smaller than last year, but we look to play faster,” Plaisance said. “I think we will have more of an impact. We definitely go deeper than we did last year, so there is some balance in term of the product we had last fall and the product we have the fall this year, but it all points towards another great season.”

Plaisance said the team’s main focus is to work hard to see great results on the floor.

“We have our own set of standards that we wanna live up to, and we work hard every, every day to see that we get better and better, greater and greater to again exceed what we did last year,” Plaisance said.

The Colonels (0-1) are back in action Friday at 6 p.m. against the Auburn University Tigers. 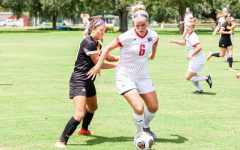