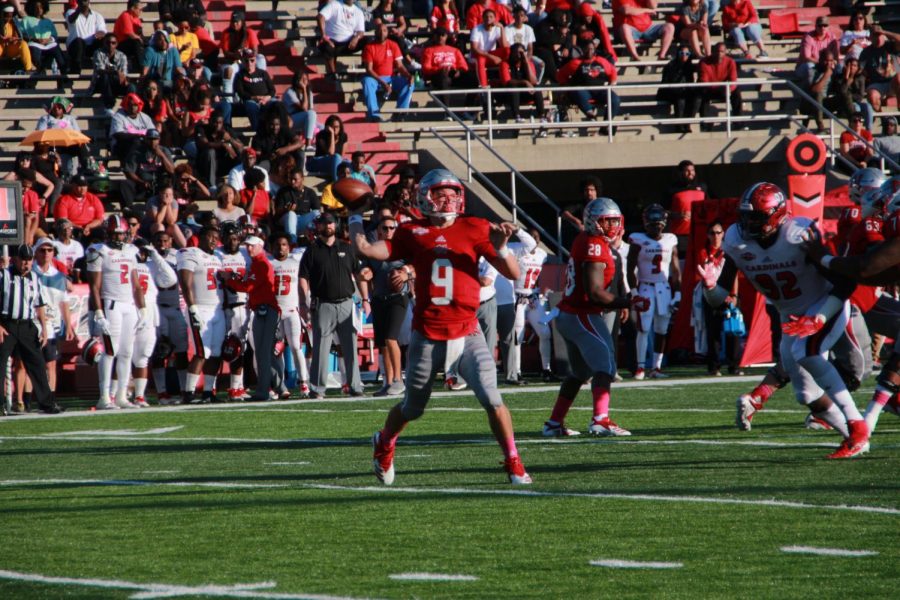 The Colonels tip off their 2018 season Tuesday at 6 p.m. at Stopher Gym against the Mississippi College Choctaws.

Then, they take on the University of Louisville Cardinals Thursday at 6 p.m. in Kentucky.

The team wraps up opening week on Sunday at 6 p.m. against the Washington State University Cougars.

The Colonels won their exhibition match 85-71 on Nov. 1 against the Spring Hill College Badgers at Stopher Gym.

Nicholls officially begins its 2018-2019 season this week with hopes to return to March Madness.

After this event, the Colonels take on the NCAA Championships Nov. 17.

The Colonels posted 616 yards of offense in a convincing 41-20 win Saturday over the Houston Baptist University Huskies.

Junior quarterback Chase Fourcade completed 24 of 30 passes for 279 yards and two touchdowns and ran for two more scores, while junior running back Dontrell Taylor racked up 104 yards on 11 carries and caught a 13-yard touchdown pass.

The Colonels (6-3, 5-2 SLC) stay home for their final two regular season games. Their next test is against the Stephen F. Austin State University Lumberjacks Saturday at 3 p.m. at John L. Guidry Stadium.

The Colonels have two matches remaining in its 2018 campaign.

Nicholls enter these games on a 10-game losing streak and is not eligible for the Southland Conference Tournament.