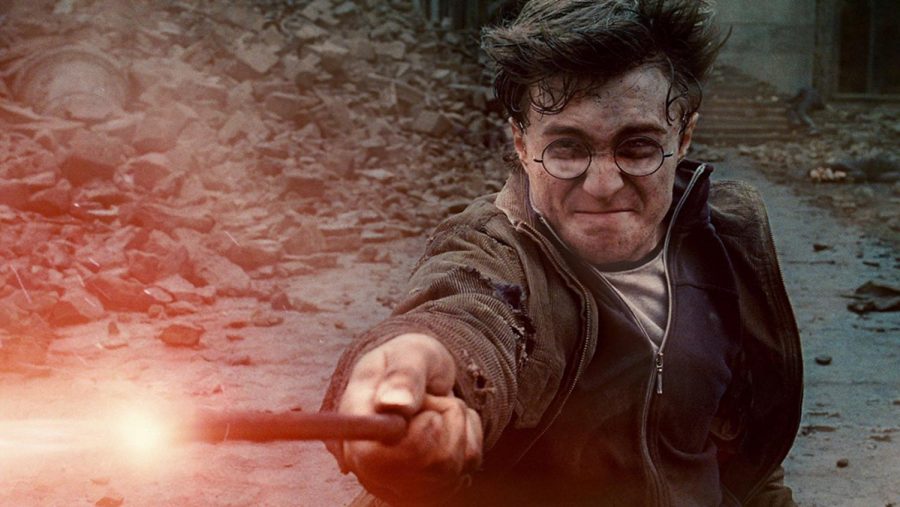 It was no surprise that when arguably the most beloved book series of all time found its way to the big screen, the movies became an instant success. Of course with every major franchise comes the inevitable “which movie is best” debate. Over the years, diehard Harry Potter fans have created wildly different rankings of all eight films. With that in mind, here’s yet another ranking to add to the mix:

As far as Harry Potter movies go, the sixth installment of the series is awkward at best. It has some humorous moments (“She’s got nice skin”) and some dark ones (the death of our favorite headmaster), but these moments are used rather improperly, resulting in a film that is tonally unbalanced. Half-Blood Prince is supposed to be the installment where everything comes crashing down to beautifully set up the events of Deathly Hallows, but a large portion of the movie feels like a cringey romance filled with love potions and an unbearable lack of chemistry between Daniel Radcliffe’s Harry and Bonnie Wright’s Ginny Weasley. Despite strong performances from Tom Felton as Draco Malfoy and Alan Rickman as Severus Snape, Half-Blood Prince lacks the intensity that made its book so fantastic.

Sorcerer’s Stone certainly has a nostalgia factor that other films in the Harry Potter franchise lack. It offers a heartwarming introduction to Hogwarts and the beloved characters we’ve come to know so well. Outside of that, though, it is a largely underwhelming film. For a start, it’s clear that its young stars had not quite grown into their characters yet, making for some awkward moments. In a franchise driven by brilliant and complex villains, Sorcerer’s Stone lacks a standout villain, with a forgettable portrayal of Professor Quirinus Quirrell. The movie’s biggest fault is that the stakes just aren’t high yet. Thus, Sorcerer’s Stone doesn’t stand out.

Chamber of Secrets poses the same problems as Sorcerer’s Stone, though it is certainly an improvement. Its actors start to make strides and fit into their characters better, but it doesn’t change that fact that the film is tired all around. Its storytelling is full of little action and lots of dialogue that is drawn out for far too long. Even the final battle against the Basilisk and Tom Riddle is underwhelming. Kenneth Branagh’s performance as Gilderoy Lockhart is the film’s best quality, followed closely by a scene of Ron Weasley and Harry navigating the Weasleys’ flying car. Outside of that, though, Chamber of Secrets doesn’t have much going for it.

Deathly Hallows: Part 1 suffers the same fate that every “Part 1” movie suffers: it gets all of the setup while Part II gets the action. The film starts off undoubtedly strong. Voldemort is gaining power, Death Eaters are murdering Muggles by the dozens, the main trio decides to pursue the horcruxes and Death Eaters attack Bill Weasley and Fleur Delacour’s wedding. Then, they travel through the wilderness for a painfully long time. The film picks up again when they reach Malfoy Manor at the end, which concludes with one of the series best battles and one of its most heart-wrenching deaths (rest in peace, Dobby). All in all, while Deathly Hallows: Part 1 has its moments, it falls short because it’s hardly its own film.

Order of the Phoenix is the Harry Potter franchise’s longest book but one of its shortest movies. Trying to jam pack that much content into less than two and a half hours of runtime could prove itself to be a challenge. Nonetheless, Order of the Phoenix succeeds. The film skips over drawn-out dialogue and unnecessary scenes from the book to cut right to the heart of the story. It gives all of its young actors a greater chance to shine as they rise up to form Dumbledore’s Army. Imelda Staunton offers one of the franchise’s best performances as the horrifying Dolores Umbridge. Order of the Phoenix’s biggest flaw is that it doesn’t have quite the same intensity as other Harry Potter films, so it is not overly memorable.

Deathly Hallows: Part 2 truly feels like the culmination of the Harry Potter franchise. Though crammed at times, which is expected given the fact that it contains a great deal of material to fit into just over two hours, it gives Radcliffe a chance to finish Harry’s story in a poignant way. The movie is expectedly dark and emotional, boasting a number of prominent character deaths like Snape, Fred Weasley and Remus Lupin. All the while, viewers see Harry come to terms with his death as he watches more and more people he loves fall victim to Voldemort, and Radcliffe’s maturity shows through Harry’s journey. The Battle of Hogwarts is epic in every sense, giving fan-favorites like Molly Weasley and Minerva McGonnell a chance to shine. All in all, Deathly Hallows: Part 2 nails the series’ conclusion.

Prisoner of Azkaban marks the moment where the Harry Potter franchise began to find its stride. From the very beginning, the movie feels wildly different from its two predecessors. For a start, Radcliffe, Emma Watson and Rupert Grint step into their roles as Harry, Hermione and Ron with a greater maturity and comfort than before. Prisoner of Azkaban’s strongest suit is that it introduces some of the franchise’s best casting. Following the death of Dumbledore’s actor Richard Harris, Michael Gambon takes over the role in a manner better suited to the darkness and higher intensity of the remaining films in the series. In addition, David Thewlis and Gary Oldman enter the picture as Lupin and Sirius Black respectively, bringing the beloved friends to life with a natural chemistry. Prisoner of Azkaban is dark. It’s haunting. It’s magical. And it undoubtedly solidifies itself as a top-tier Harry Potter film.

If there’s any other Harry Potter book that could have gotten the part I/part II treatment, it’s Goblet of Fire. The fourth installment of the franchise takes the meaning of the word “magical” to an entirely new level. Complete with dragons and mermaids and a royal ball, Goblet of Fire feels like a dark, action-packed fairytale come to life. The movie is highlighted by colorful new characters, like the Beauxbatons and Robert Pattinson’s Cedric Diggory. The whimsical Yule Ball scene perfectly embodies every characteristic of the cringeness of middle school romance and dances. Every Triwizard Tournament task makes for some of the franchise’s most heart-racing moments. Goblet of Fire is fast-paced and fun in every way, while maintaining the looming darkness of Voldemort’s return. Of course, the movie ends with viewers’ first look at Voldemort in full form and an epic wand duel between him and Harry. Ultimately, Goblet of Fire is near-flawless and marks a turning point for the series.