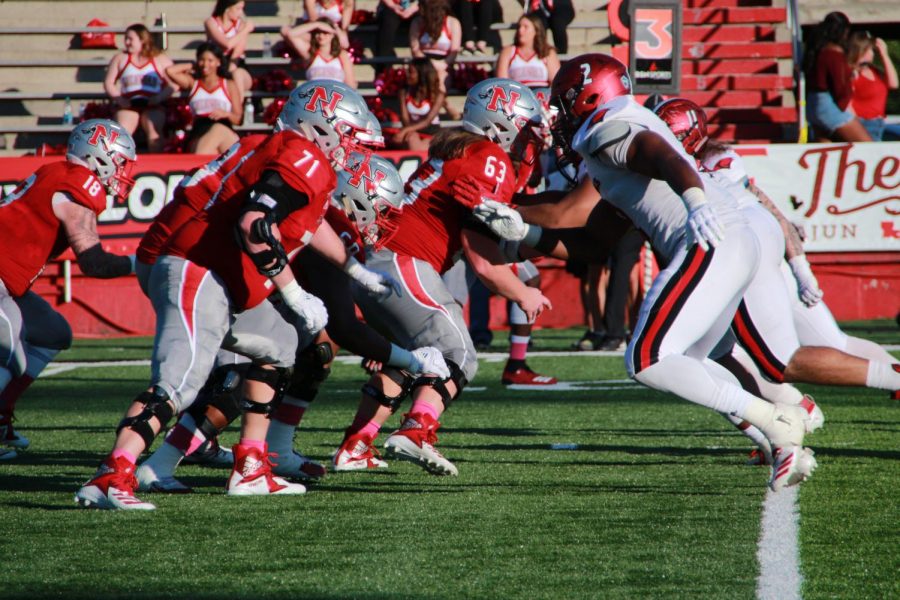 After its bye week, Nicholls faced one of the best teams in the Southland Conference, University of the Incarnate Word, for its annual Homecoming game.

The Colonels drubbed the Cardinals 48-21 on Saturday at John L. Guidry Stadium and cemented themselves back into the playoff picture.

Nicholls rolled throughout the entire game, especially in the first half, as it posted 408 yards of offense and led 38-7 at halftime.

After the intermission, the Colonels (5-3, 4-2 SLC) scored 10 more points to hold off the Cardinals for the much-needed win.

Junior quarterback Chase Fourcade completed 15 out of 18 passes for 266 yards and 4 touchdowns and an interception, along with 42 rushing yards and a score, in just three quarters of play.

Junior running back Dontrell Taylor rushed for 117 yards and a score, including a 66-yard touchdown run on the first play from scrimmage, which energized a rushing attack that accumulated 300 yards against the Cardinals.

Senior wide receiver Damion Jeanpiere, Jr., returned to prolific form by catching three passes for 127 yards, hauling in a 70-yard pass from Fourcade to set up his 10-yard touchdown run right before the break.

Senior wide receiver Gabe Fuselier only had one reception, but it went 42 yards for a score in the second quarter.

Even junior tight end Jordan Talley got into the action, with two catches for 14 yards and two touchdowns, the first scores of his career.

The Colonels were also able to hold the conference’s leading rusher, senior running back Ra’Quanne Dickens, to just 24 yards on the ground.

Nicholls moves to third place in the Southland Conference standings, behind McNeese and Central Arkansas, and will jump up from their 20th position in the FCS Top 25 Poll this week.

The Colonels travel to take on the Houston Baptist University Huskies Saturday at 2 p.m. for their last regular season game on the road.