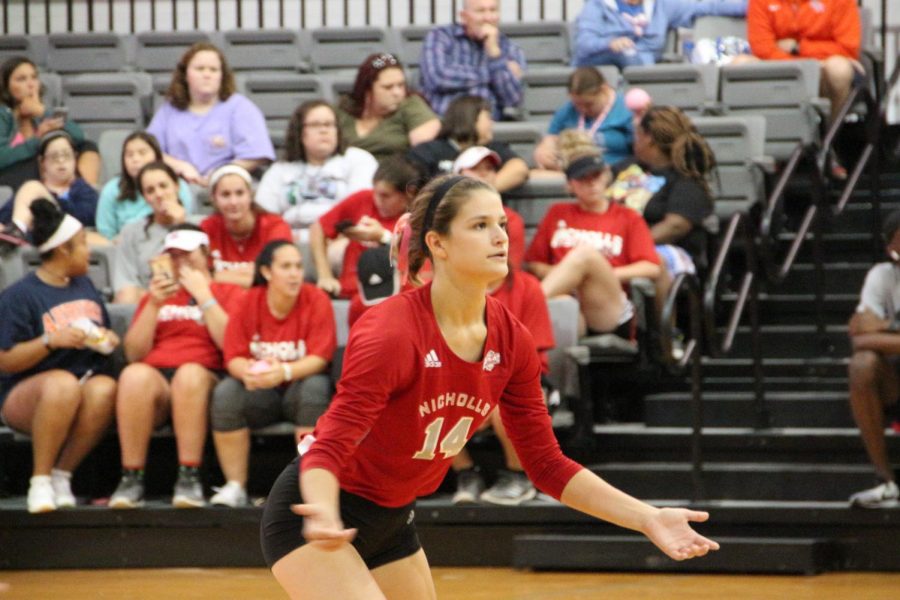 The Colonels competed in the Southland Conference Championships in Lake Charles over the weekend.

The women’s team placed 13th, and the men’s team finished in 12th.

Next, Nicholls races in the NCAA South Central Regionals in Texas on Nov. 9.

The Colonels defeated one of the top teams in the Southland Conference.

Next, the Colonels (5-3, 4-2 SLC) take on the Houston Baptist University Huskies Saturday at 2 p.m. for its last road, regular season game.

The Colonels traveled to Kennesaw, Ga., last week to compete in the Pinetree Intercollegiate.

The Colonels return to the golf course in February to begin their spring season.

The Colonels lost to the Southeastern Louisiana University Lions 4-0 on Friday to end their 2018 campaign.

Nicholls ends their season on a three-game losing streak and a loss to one of their biggest conference rivals.

The Colonels got the chance to compete in the West Florida Invitational on Oct. 19, but it was cut short due to inclement weather.

Nicholls finished 4th overall, and it returns to the tennis court in the spring.

The Colonels lost to the University of the Incarnate Word Cardinals 3-2 on Thursday at Stopher Gym.

Nicholls has four matches remaining in its 2018 season, with three of them at home.

The Colonels (3-22, 1-11 SLC) face the Abilene Christian University Wildcats Tuesday at 6 p.m. and the University of New Orleans Privateers Saturday at 1 p.m.