Bands performed and Homecoming Court presented at Alive at 5 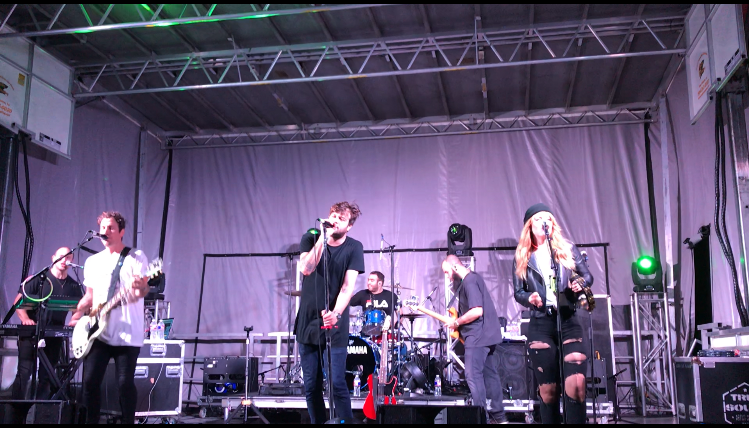 The Student Programming Association-sponsored event Alive at 5 contained performances from two bands and the presentation of the 2018 Homecoming Court on Thursday night.

As the two-man group performed, attendees had the opportunity to visit student organization booths. Organizations such as the Student Government Association, Colonel Catholics and Greek life had different activities for attendees to play for gifts and prizes.

“Alive at 5 is a great way to get hype for the homecoming game on Saturday and to spend some quality time with friends while listening to awesome music,” said Grace Lacour, entertainment coordinator of SPA.

SPA members walked around the entire evening to ensure the event was going as planned.

Also, there was a tent located in the middle of the lot where attendees could get free food and drinks. Hotdogs with chili and cheese were being served with an assortment of chips. Bottles of water and cans of Coca-Cola and Sprite were also available.

As Brother Brother ended their act, attendees were given a pep rally. The band, cheer squad and dance team moved to the area in front of the stage and performed. As the band played various songs, including tunes from the Greatest Showman, the cheer and dance squad took turns performing.

Then, it was time for the Mowgli’s to take the stage. An alternative band from Los Angeles, Calif., The Mowgli’s performed a majority of original songs and interacted with the crowd.

At 7:30 p.m., the homecoming court was presented on stage. It was then followed by former Homecoming King and Queen, Connor Pate and Lauren Constant, lighting the bonfire.

“Alive at 5 has always been one of my favorite homecoming traditions because of the awesome music and campus involvement,” said Danielle Tardo, homecoming court member. “Being able to represent Nicholls on court and presented at Alive at 5 is such an honor.”

The winners for homecoming displays were also announced.Organizations prized with first place were the Nicholls Education Association of Teachers, Scholars Hall, the rec center and Phi Mu.

“I almost didn’t come out ‘cause of the weather, but I’m really glad I did and got to hang out with my friends,” said Kristen Doiron, a marketing senior from Houma.