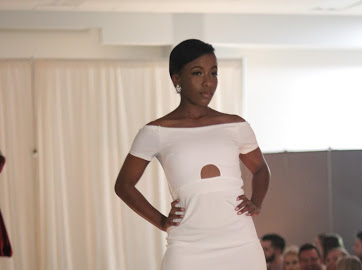 Photo by: VISUALS BY DUKE

On Oct. 24, the NAACP chapter of Nicholls State University held their eighth annual fashion show in the Cotillion Ballroom.

The fashion show was titled EVOLUTION: “Style Never Dies” and the model’s outfits took inspiration from alumni, the campus itself and the models’ own style.

Upon entering, students were greeted with photographers who offered to take pictures of them to immortalize their attendance at the event. Along with the photographer, DJ Rashad, a radio personality from 102.9 in New Orleans, played rap mixes that could be heard throughout the venue.

Before the show, brands who had clothes being modeled had merchandise to sell so students could model it themselves on and off campus.

The show started with the lights dimming and a speaker coming onto the runway and setting the tone for the event with a speech. He covered the title of the show, “Evolution,” and the subtitle, “Style Never Dies,” going through fashion history and explaining how it’s used as representation on campus.

The models then took to the stage showcasing outfits by brands like Santana Gang, Too Much Sauce and Modern Day Hippie, all of whom are Nicholls alumni and have since started their own businesses. Torrid, the plus size women’s brand, was also represented with its own set in the show.

The hosts of the show, SGA president Grant Henry and 102.9 radio personality Tara Jae, came onto the stage between sets to conduct dance offs and tell funny stories.

Students were also surprised by an appearance from rapper PTG, who performed his song, “Everything About You”.

Joycelyn Lewis, a broadcast journalism senior from Houston, TX, was involved heavily in putting on the show and said that it was put on for the students, to get them involved and see what they could do on campus.

Along with Lewis, the rest of the NAACP worked towards putting the show together.

Maiya Bougere, NAACP president and secondary education senior from Belle Chasse, said, “We started planning this in May, we were all hands on deck.”

Bougere also said she wanted students on campus to know that the show is for them to see and know that they can do it too.

She said models aren’t all the same women and men that the professionals show. Many of the models were freshman students. There were a total of 26 models present. Among them was Ken’Nadi Broussard, a member of the NAACP and Homecoming court.

Jacquelyn London, a dietetics freshman from Iowa, La., said being a model in a fashion show lived up to what she saw professionals doing. It was her first time doing anything like this.

“It was a lot of practicing, we had to practice facial expression more than I thought we would,” London said. “For the people in it, it was a great way to make new bonds and friendships and something to bring people together that wouldn’t have met outside of that.”

London said she was nervous the whole time but was still very proud of everyone involved and how it came out. She is interested in modeling for the future fashion shows the NAACP puts on.

A fashion show is held every year by the NAACP. Along with a fashion show, a block party and talent show are also in the works of being put on.