Costume ideas to make your Halloween as lit as possible 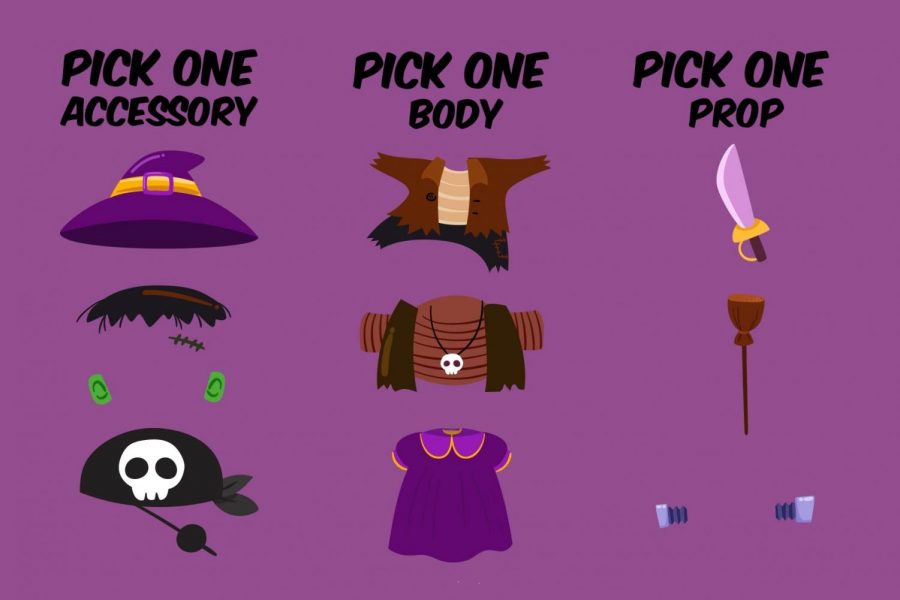 Halloween is quickly approaching, which means that everyone gets the wonderful opportunity to wear a Halloween costume. On a college campus where it’s encouraged to dress up, students can often become swamped with literally millions of options of masks and suits to wear.

Before even deciding on a costume, the choice of buying one or creating one is the first hurdle. Buying a costume is often an incredibly fun experience to do whether by yourself or with friends. Laughing at the weird costumes, being scared by the skeleton robots and poking people with cheesy severed hands are all fun experiences that can be found in stores like Spirit Halloween.

Creating your own costume allows for a lot of freedom and also opens the door for combination costumes. Raiding closets to match a celebrities outfit or cutting cardboard to make a suit of armor are both options to craft your perfect costume. It’s also incredibly easy to make group costumes with friends if everyone makes it together.

The classic witch, zombie and skeleton exist, but if you’re gonna flex your costume on campus, you probably need to go above and beyond. Celebrity costumes are always a hit and with new movies, music and shows constantly being released, there is always a weird rapper or actor to imitate. Being one of The Avengers, your favorite character from The Office or a Soundcloud rapper is always a good costume.

Having a pun based costume is always a fun option that gets laughs (even if they’re only from your parents). Going as a candy rapper is as easy as putting on a sweatsuit covered with candy wrappers, wearing shutter shades and putting on your best pair of shoes. Being a deviled egg lets you rock a red pair of horns and a pitchfork while carefully carrying around a carton of eggs at a party.

If you’re looking to be a little more scandalous, the 50 Shades of Grey costume is as easy as going to Home Depot and getting 50 grey paint swatches to attach to yourself.

Alaina Pitre, a mass communication freshman from Houma, said she is trying to get her boyfriend to do a Kanye West and Lil Pump group costume.

“We are going to dress up as the stars legendary roblox outfits from the “I Love It” music video,” Pitre said.

She said she loves Kanye West and the culture inspired the outfit.

Kirsten Bazet, a mass communication sophomore from Houma, said she works for the 13th Gate, so she is spending her October dressed as a witch. Dressed in black and painted green, Bazet said she enjoys all costumes witch like. Pennywise, the dancing clown from It, is another costume she said she’d choose as her favorite.

Quinn Lapeyrouse, a biology sophomore from Bourg, also works at the 13th Gate and primarily plays Pennywise. He said his choice costume to wear for Halloween is the Joker. He likes to mix his two clown roles together, helping him scare as many people as possible.

Whether you’re going to a party, handing out candy or taking a younger sibling trick or treating, dressing up for Halloween is a fun way to make October memorable. It’s an easy way to have fun and get the most out of the season.