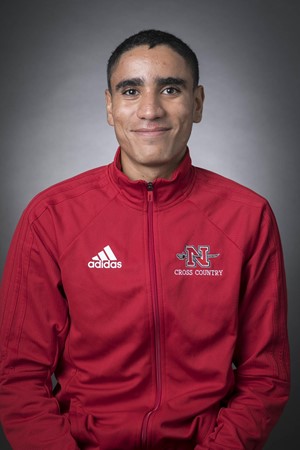 The Nicholls State University cross country program boasts several new faces for the men’s team this year. One of these new shining stars for the Colonels has been freshman runner Jonathan Hernandez.

Hernandez said he has gone through a long process to get where he is now.

“I wasn’t supposed to come here, but I ended here, and I am happy,” Hernandez said. “I wasn’t expecting to come to Nicholls. I was running in my senior year [of high school] at a track meeting, and then one of my coaches met the Nicholls coach, and they are good friends, they talked for a while. So, coach Slekis got in contact with me and she invited me for a tour and I really enjoyed it.”

“Daniel Figueroa and I, that is my roommate, we both came from the same high school and we decided to come here together,” Hernandez said.

Head coach Stefanie Slekis said Hernandez understands how to be successful because he came from an accomplished high school program.

Slekis said one of the unique qualities of Hernandez is his willingness to learn.

“As a person, when Jonathan came on a visit, he showed that he was a student of the sport. He is always asking questions, always curious about getting better,” Slekis said. “I think, that the interest in that, the willing to study and learn will continue through the seasons. He is willing to get feedback on his race and open to change in order to become better.”

Slekis said Hernandez struggled at first, but has ample time to improve.

“[In the beginning], there were a couple of early workouts where he had a little bit of a rough time,” Slekis said. “I think that he knows for sure that next summer he is going to get in more volume, because your summer plays a big role in how well you are gonna feel in the season. He will be more prepared.”

Hernandez said he grew up playing basketball, and he ran track to improve his speed.

“First, I started playing basketball; that was my main sport. I love playing basketball,” Hernandez said. “I have two brothers. and we used to play basketball together all the time. Then after basketball season, there was always track season, and I figure that if I ran track I would also get faster in basketball, so that is pretty much how I got into to it.”

Hernandez said being a student-athlete means placing an emphasis on time management.

“You got to get your work done, make sure that your grades are up. Also, you got to show up for practice on time and make sure that you do your best all the time,” Hernandez said. “One of the challenges is to stay focused. We are a very young team, and there is a lot going on, so if you practice staying focused then eventually you will get better and better.”