Spooky additions to Netflix in October 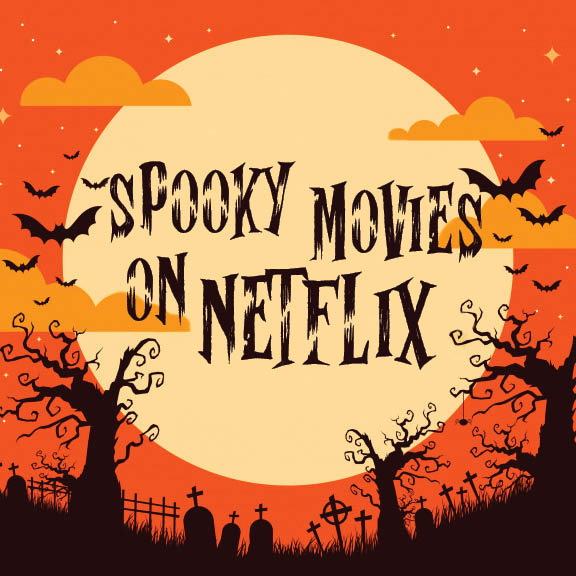 As October rolls along and Halloween approaches, the best way to get in the Halloween spirit is to scare yourself silly. Netflix has a collection of scary movies students can watch to get into the Halloween mood. Also, students on campus named their favorite scary movies.

Stanley Kubrick’s The Shining is already on Netflix. Watch as Jack Torrance (Jack Nicholson) loses his mind and takes it out on his family. This movie is the perfect way to make sure you don’t sleep.

Truth or Dare is a more Halloween-themed horror movie perfect to watch with friends. It follows a group of friends as they play a simple game of truth or dare. The game turns for the worst when the dares become real and the game gets personal.

Netflix is also releasing lots of its own Halloween themed content, along with regular additions.

On Oct. 12, Netflix is releasing Apostle, a film about a man who infiltrates a cult to find his sister and figures out the true intentions of the group he is now stuck in.

Another option is The Haunting of Hill House. It’s a dramatic new series that follows a family who fled their home due to the terrifying and haunting events that took place there.

Coming Oct. 19, Haunted is retellings of real people’s interactions with the scary and supernatural, whether it was a family member or themselves.

Students around campus gave their opinion on what some of their favorite scary movies were and why other people should watch them.

Elijah Pierce, a marketing sophomore from Thibodaux, said that Hereditary is his favorite scary movie.

“It’s a different vibe than most horror movies, it’s also incredibly cinematic,” Pierce said. “It’s on a whole different level of horror. Hereditary is a great way to explore the rest of the genre.”

Daniel Chavez, a mathematics freshman from Torreon, Mexico, said The Lazarus Effect was one of his favorite horror movies. He said it was creepy and dark the entire time.

“I couldn’t look away from the screen,” Chavez said. “If you have to stay up for a project, watch this movie because you won’t want to go to sleep.”

Logan Leblanc, a journalist sophomore from Morgan City, said The Void was his favorite horror movie.

“It’s a throwback to classic horror films. It’s got gross monsters and the illuminati,” Leblanc said. “It’s just a cool movie to just watch, you never really know what’s going on. Even when it ends, have to sit and think about what just happened.”

The Lazarus Effect and The Void are both available to stream on Netflix already so make sure to add them to the long queue of scary movies building up.

The Babadook and Donnie Darko are leaving Netflix soon, watch them before they go.