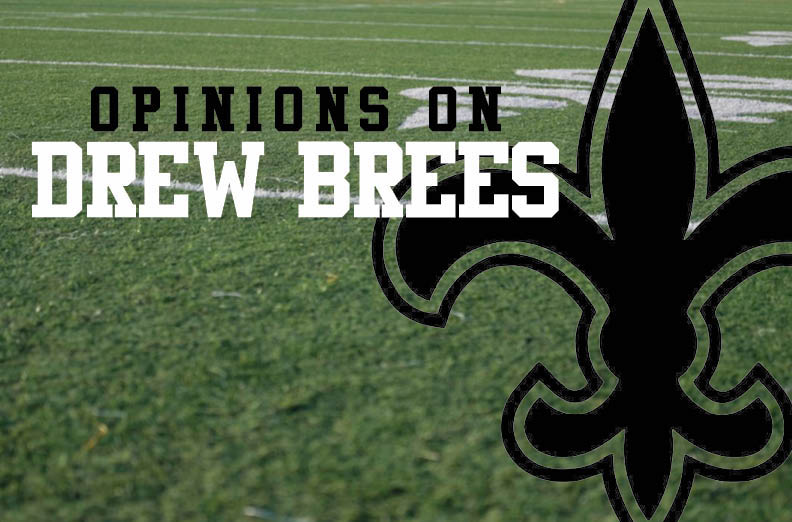 In case any of you were doing your schoolwork under a rock Monday night, the Saints defeated the Redskins 43-19 on Monday Night Football in New Orleans, but most importantly, quarterback Drew Brees eclipsed future NFL Hall of Fame quarterback Peyton Manning on the NFL’s all-time career passing yardage list.

Brees needed just 201 yards heading into the game to pass Manning, and he did so on a 62-yard touchdown pass to rookie wide receiver Tre’Quan Smith, with just over two minutes left in the second quarter.

As Smith crossed the goal line to increase the Saints’ lead to 26-6, the Mercedes-Benz Superdome crowd erupted, and the home team rushed onto the field to congratulate Brees. This night encompassed an unbelievable career for Brees, and it reminded all of us how far the Saints had come to that moment.

New Orleans needed a savior to resurrect not only the Saints franchise, but also the city, as Hurricane Katrina ravaged the region in August of 2005 and changed lives forever. The city’s savior came in the form of an underrated, six-foot tall quarterback, who used to be a Pro Bowler for the San Diego Chargers.

In 2005, as New Orleans broke from the devastating storm, so did Brees, as he tore his labrum in his right shoulder, which put his NFL career in jeopardy. After former Miami Dolphins head coach Nick Saban had interest in Bress in free agency but did not sign him, newly hired Saints head coach Sean Payton brought Brees to New Orleans, and the quarterback signed a six-year, $60 million contract.

However, Brees got lost in the shuffle, and it was not because of his height. Playing in New Orleans, Brees did not get the media attention he deserved, like the players in cities like New York and Los Angeles.

As a Saint, he has been to 10 Pro Bowls, thrown for 5,000 yards in a season five times and added the NFL’s all-time career pass completions and passing yardage records to his future Hall of Fame resumé.

In the NFC South, Panthers quarterback Cam Newton and Falcons quarterback Matt Ryan have won league MVP awards, but somehow, not Brees. Brees has been one of the most accurate quarterbacks in NFL history, and he still plays at an elite level at age 39.

Newton and Ryan play one impressive season each, and the league rewards them with the MVP award. Brees stands in the background to let his play speak for himself, and the league simply ignores it due to his market of New Orleans.

I say this season is different. The Saints improved to (4-1) and are now on their bye week, but Brees said that there is still work to be done.

None of these accolades matter in comparison to another Super Bowl championship ring.

If Brees continues on the path he’s on, the Saints will go further than last season’s loss to the Minnesota Vikings in the NFC Divisional Playoffs.

So, Saints fans, count your blessings, because we have been spoiled to witness an all-time great quarterback play in New Orleans. Brees is a great athlete, father and person, and his impact on the game of football and the city of New Orleans will last forever.