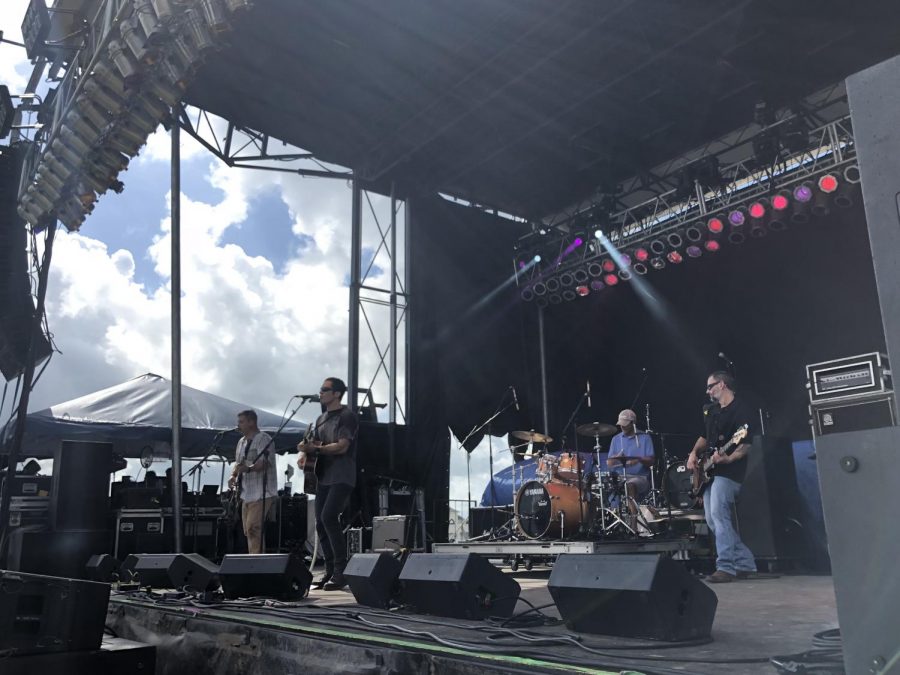 Despite the frequent rain showers and muddy boots, local residents, as well as out-of-state travelers, showed up Saturday at the Acadia Plantation Town Center in Thibodaux to experience the live music, local art and southern food of the Acadia Music Festival.

The Ben Meyer Foundation presented the festival, and the main recipient of profits was MAX Charter School, a school dedicated to educating students with dyslexia and other learning differences, located on Nicholls campus.

Throughout the day, a new performance began on stage every hour. Local artists such as Snapper and the Fishsticks, Ben Labat and the Happy Devil, Bang Bang, Adam Pearce, John Daigle, Jordan Anderson & the Causeways, The Molly Ringwalds and Marc Broussard made up the majority of the performances.

Up and coming pop star from London, HRVY, gathered a younger crowd made up of mostly screaming teens.

As for the headliner, California based punk band Sublime with Rome attracted the biggest crowd of the night.

Although she’s seen The Molly Ringwalds before, Virginia native Sarah Miller said she did not care if it was raining, she would be in the front row for not only their show, but every show. Miller wanted to make the most of her experience, and she said she did just that with the help of some local friends.

As always, food was a popular attraction. Vendors like Alumni Grill, Off the Hook, Bayou Fire Foods, The Jambalaya Shoppe, Spahr’s Seafood and Any O’ Cajun provided classic, Cajun cuisine. Along with seafood, vendors such as La Carreta and Geaux Cuban gave different options to festival goers.

Traveling together, Sam Johnson and Michael Williams, college students from Georgia, said they came to see Sublime with Rome, but enjoyed the local cuisine as well.

“Any O’ Cajun’s crawfish beignets were not like anything I have ever had before, and I’ll be back next year for more,” Johnson said.

The event might not look like too much when driving by the large field, but volunteer Amy Buhler said that everyone who entered the gates had a smile on their face.

“Even though the Acadia Music Festival is still a new attraction, every year it grows and always gives to a good cause,” Buhler said.

She said she sees the festival as a really big deal for Thibodaux.