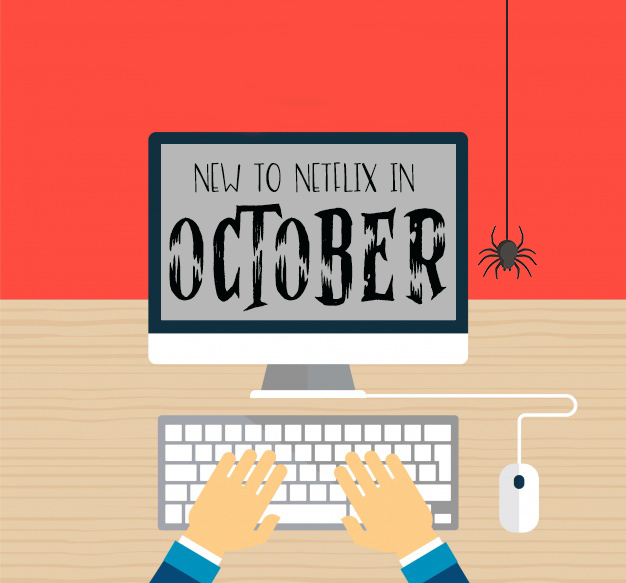 The month of October brings students even closer to midterms. With assignments being thrown around and studying to be done, the arrival of this month also brings an opportunity for students to procrastinate by watching new arrivals to Netflix.

For the romantic, there is Angel Eyes, a film starring Jennifer Lopez. She plays a hopeless romantic police officer who falls in love with a stranger. In The Lake House, Keanu Reeves and Sandra Bullock play two people who fall in love through their exchange of letters.

For those who prefer romantic comedies over dramatic films, She’s Out of My League is now on Netflix. The film stars Jay Baruchel and Alice Eve, and follows Baruchel, a “five”, finds himself suddenly wanted by Eve, a “10”. Hilarity ensues when Baruchel thinks about every possible scenario to find why Eve actually likes him.

Those who prefer campy and completely over the top humor will be able to enjoy Black Dynamite, in which Michael Jai White plays a former CIA agent set out to avenge his brother. Despite this normal sounding plot, every normal action movie trope is completely spun on its head, which creates a chaotic, action comedy. There’s also Mel Brooks’s Blazing Saddles. This movie is a comedy satire that isn’t afraid to make fun of normally taboo subjects. Last but not least for the comedy genre, The British comedy group, Monty Python, had two of their specials released, The Life of Brian and The Meaning of Life.

Students who want more serious films get their wish in The Neverending Story, the 1984 film based off of the epic saga of books with the same name. There’s also The Green Mile, a story of a guard on death row, played by Tom Hanks, who encounters a prisoner with a mysterious, supernatural ability. V for Vendetta follows a vigilante’s quest to stop the dictatorial government in a dystopian future.

Superhero fans can watch the beginning of Batman in Gotham season four. For the Marvel fans, Blade and Blade II were added. Both of these films follow the superhero, Blade, as he journeys to kill vampires.

The second season of Big Mouth will release on Oct. 5. The animated show, starring Nick Kroll and John Mulaney, features their characters growing up and all the awkwardness that comes with it.

The fourth season of the Japanese/American reality show Terrace House: Opening New Doors will release on Oct. 9. This is a reality show that has people that genuinely care about each other sharing a home. Rather than backstab and create rumors, this show makes it interesting to watch friends go grocery shopping.

The third season of Marvel’s Daredevil will release on Oct. 19. Wilson Fisk is back in the city, and he brings with him an entirely new cast of villains and problems for Daredevil to take care of.

Netflix is never shy of sharing new content with its audience, but keep an eye out for a Halloween themed article about what spooky shows and movies are being added later this month.