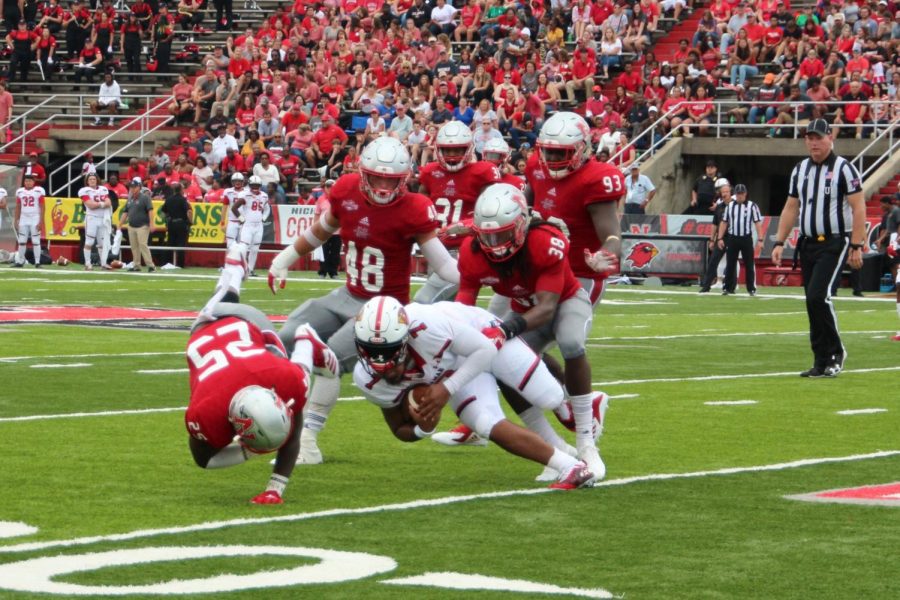 The Colonels trounced the Lamar University Cardinals 50-27 this past Saturday at John L. Guidry Stadium.

The Colonels (3-2, 2-1 SLC) travel to take on the Northwestern State University Demons Saturday at 6 p.m. for the NSU Trophy.

The Colonels are back in action Saturday and Sunday in Baton Rouge with the David Toms Intercollegiate.

Nicholls hopes to repeat its performance this weekend before they take part in the Jim Rivers Intercollegiate in Choudrant Oct. 15-16.

The game scheduled for Friday, Sept. 28 against the Houston Baptist University Huskies was postponed due to weather, and the Colonels lost to the Texas A&M – Corpus Christi Islanders 2-1 on Sunday.

The game against the Islanders was even at 1-1, but the Colonels gave up a goal in the 86th minute to suffer another loss.

Nicholls faces HBU Monday at noon to make up for Friday’s cancellation, and then, the Colonels (2-8, 0-3 SLC) travel to take on the McNeese State University Cowboys Friday at 7 p.m. They will return to Thibodaux to play against the Lamar University Cardinals Sunday at 1 p.m.

The Colonels men’s team competed in the Rice Invitational in Houston, Texas this past weekend.

The women’s team will play in the ITA Regional Championships Oct. 12, followed by the men’s team on Oct. 17.

The Colonels earned a resounding 3-0 victory over the Southeastern Louisiana University Lions Thursday at Stopher Gym to end its nine-match losing streak.

On Saturday, the squad fell to the Northwestern State University Demons 3-1.

The Colonels (3-15, 1-4 SLC) travel to take on the Lamar University Cardinals Thursday at 7 p.m. and the McNeese State University Cowboys Saturday at 11 a.m.