Why you should be watching This Is Us 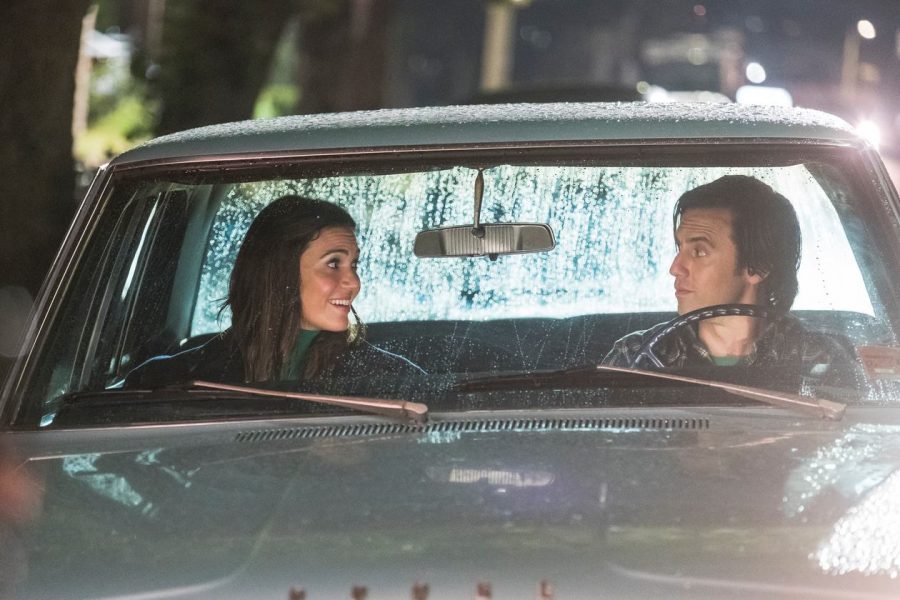 It’s no secret that broadcast network drama series have tended to fall flat lately. It seems like every year, networks such as ABC, CBS and Fox release new shows that last for one or two seasons‒or maybe just a few episodes‒before getting dropped and becoming obsolete. With dominating series like Grey’s Anatomy and How to Get Away with Murder on the air, creating a drama that resonates with audiences and award federations. and also has real power to last for a significant time, seems like an impossible feat.

So, when NBC snuck in with a series led by a Gilmore Girls alum and a 2000s pop star that not only checked off the above boxes but exceeded all expectations, it was no surprise that the show became a massive hit.

This Is Us premiered on Sep. 20, 2016. Created by Dan Fogelman, the series follows the Pearson family of five, including parents Jack (Milo Ventimiglia) and Rebecca (Mandy Moore) and their gang of “triplets”‒Randall (Sterling K. Brown), Kevin (Justin Hartley) and Kate (Chrissy Metz)‒known as the “Big Three.”

When Rebecca goes into labor prematurely on Jack’s birthday in 1980, one of her babies is stillborn. On the same day, Randall is brought to the hospital after his biological father leaves him at a fire station. Jack and Rebecca believe this to be fate and decide to adopt Randall. The show tells the Pearsons’ story in both the present and the past, jumping between the children’s grown-up lives and their childhood in Pennsylvania.

At its debut, This Is Us proved to be an instant hit, racking up an average 14 million viewers and receiving a green light for two additional seasons by January of 2017. The show picked up a primetime Emmy in February of 2017 at the hand of Brown for “Outstanding Lead Actor in a Drama Series,” on top of numerous other awards.

What makes the series so special, though, is not just its ability to earn prestigious awards, which is an uncommon success for broadcast network shows. What makes This Is Us special is its sheer authenticity and its ability to tell sensitive stories in a way that hits home for so many viewers.

In its two-season run so far, This Is Us has managed to cover topics such as adoption, racism, body image, addiction, mental health and miscarriage and grief. That’s just the beginning. On top of that, it’s managed to cover these topics tastefully and without shying away from harsh realities.

For example, one of the show’s main plots centers on Randall’s life as a black child adopted by a white family. In one particular episode, the show tackles microaggressions in a storyline involving young Randall and Rebecca’s mother. Throughout the episode, viewers witness Rebecca’s mother refer to the Big Three as “the twins and Randall.” She brings Randall, who has no interest in the sport, a basketball as a gift, meanwhile ignoring his science project and expressing her surprise at his enrollment in private school.

The show doesn’t skid around the issue; in fact, it addresses it head-on.

“I’ve always wondered if the reason that you never bonded with him was because he’s adopted, but you’ve made it alarmingly clear that it’s because he’s black…,” Rebecca tells her mother. “And you’ve got to stop constantly separating him from Kevin and Kate, okay? They’re all my kids.”

Rebecca then sits down with Randall and teaches him about the subtle, quieter form of racism that his grandmother exhibited. It’s through this exchange that the show offers a seamless lesson on microaggressions‒a concept not generally addressed on TV and certainly not on an NBC drama.

It’s moments like this that are a regular occurrence on This Is Us. From Kate’s struggles with her weight and body positivity, to Randall’s fight with anxiety and panic attacks, to a gut-wrenching glimpse into the ongoing battle involved with drug addiction and alcoholism, the show manages to create storylines that are all too real to some of its viewers.

This Is Us is on another level from the rest of television, right now. The show, which premiered in the middle of an exhausting, divisive presidential election, pushed aside politics in favor of a family story full of raw emotion. It not only gives people authentic stories that mirror their own experiences, but it gives people an outlet for laughter, tears and letting go of pain. It educates, but it also uplifts. It resonates across multiple generations, giving mothers, daughters, fathers and sons alike stories to which they can relate.

The show has so much more to admire, as well, from unbelievable, heartbreaking performances by its all-star cast (specifically Moore, whose lack of an Emmy for her role is quite honestly insulting) to a number shocking twists. Now entering its third season, which premiered on Tuesday, the series is sure to keep up this same pattern of award-worthy authenticity with fresh new storylines.

If there’s any show on TV right now that needs to be given a chance by everyone, it’s This Is Us.