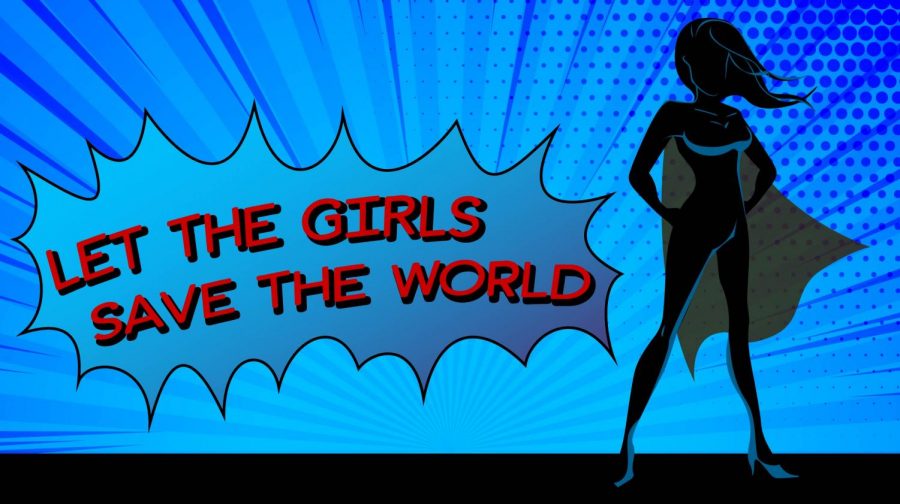 Why we need female superheroes

Two weeks ago, Marvel broke the internet when it released the first official stills of Brie Larson as Carol Danvers, better known as Captain Marvel‒the titular character of the next film in the Marvel Cinematic Universe’s lineup. Tomorrow, the studio is rumored to be dropping a teaser trailer for the movie, introducing fans to the heroine at the forefront of the MCU’s first solo, female-led film.

The concept of female superheroes in film and TV is certainly not a new one. The debut, live-action adaptation of a female superhero dates back to 1974, when Wonder Woman earned a live-action TV movie starring Cathy Lee Crosby. Two years later, Lynda Carter went on to star in the famous Wonder Woman TV series. From there came Helen Slater as Supergirl, Halle Berry as Catwoman and Jennifer Garner as Elektra, to name a few.

At its debut, Captain Marvel will be the 21st movie in the MCU. Of those 21 movies, only two feature female characters‒the other being Hope van Dyne (The Wasp) in Ant-Man and the Wasp, which premiered in July.

If these numbers are proof of anything, it’s that the superhero genre has been seriously lacking in representation for women, who are becoming a major part of the genre’s fanbase. This is why the film and TV industries’ recent, gradual shift toward making female-led projects more mainstream is a crucial step for both women and the superhero genre.

Wonder Woman has been the most significant stride, lately, toward better female representation in superhero projects, and rightfully so. Portrayed by Gal Gadot, Diana Prince, A.K.A. Wonder Woman, offers an ideal example of how refreshing the blending of femininity with traditional superhero traits can be. Diana is strong without surrendering her femininity or trying to be “like one of the guys.” In fact, her femininity proves to be her strength, as her desire to protect humanity stems from an immediate, unconditional love for the people she encounters.

Wonder Woman is not the only step in the right direction for female representation, though.

In 2013, Marvel debuted the MCU’s first TV show on ABC. Agents of S.H.I.E.L.D. was created to bring Agent Phil Coulson back from the dead in response to a “#CoulsonLives” Twitter campaign started by fans after his untimely death in The Avengers. While AOS was Coulson’s show, it ultimately paved the way for a groundbreaking, Marvel heroine to rise. At her introduction, Chloe Bennet’s Daisy Johnson, better known as Quake, would be the MCU’s first female hero with powers. Now approaching its sixth season, AOS is Daisy’s story, and it’s a story of self-discovery and resilience.

In 2015, DC would go on to bring its own female hero to the forefront with a Supergirl reboot starring Melissa Benoist. Now, the studio has a Wonder Woman sequel in production, along with plans for a Batgirl film. In December, Amber Heard is set to bring Mera to life in Aquaman.

It’s clear that the superhero genre is making strides toward implementing more female-led projects, no matter how small or large the strides. Men and women certainly have different life experiences, so giving women leading roles can open the door for unique stories to arise and different perspectives to come to light.

For example, the Jessica Jones series on Netflix dives into a very real, gut-wrenching look at sexual assault and the deep, lasting impact it has on victims. In Avengers: Age of Ultron, viewers see Natasha Romanoff struggle with the devastating pain of her infertility caused by forced sterilization.

It is storylines like these that prove why these strides toward better representation are so important.

It’s clear that the current superhero craze is not going anywhere, and it’s undeniable that there are unique stories waiting to be told that break the traditional superhero mold and bring real-world situations right into its heart.

The MCU has done a phenomenal job up to this point of creating relatable characters that exist in one-of-a-kind worlds. The studio’s storytelling is what has allowed it to create a dominating  21-movie universe featuring the largest superhero film of all time in Avengers: Infinity War.

Captain Marvel is the next piece in that history of phenomenal storytelling, and it’s sure to be a significant one. It’s time for women to see their stories become mainstream in a popular series because women need heroes, too.