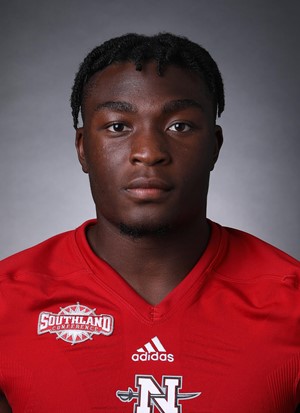 In 2017, the Nicholls State University football team ended its season with a 38-31 home playoff loss to the University of South Dakota Coyotes.

The coaching staff spent its offseason, like all teams do, looking for recruits to add to the team.

Head coach Tim Rebowe and his assistant coaches found a running back who was very familiar with the Colonels.

His name was Kendall Bussey, a running back at Texas A&M University who ran for 97 yards and a touchdown in a 24-14 victory against the Colonels in 2017.

Rebowe said he enjoyed bringing Bussey in to Thibodaux.

Rebowe said having a player like Bussey is a tremendous advantage.

“He’s a back that played in the SEC. He’s explosive, he’s built tough and I think he’s a combination of a couple of the backs we have already, so I think he’ll bring a lot to the table,” Rebowe said.

During his sophomore season with the Aggies, Bussey totaled 237 rushing yards on 46 carries and added 62 receiving yards on five receptions.

Now, with the Colonels for his junior season, Bussey said he has adjusted well to his new team.

“I’ve enjoyed the transition,” Bussey said. “I think these guys came in and just welcomed me with open arms. From day one, they’ve all kind of accepted me, and I know we all have a common goal, which is to win the Southland Conference. I think they’ve been exceptional in how they’ve treated me.”

Bussey said he is curious about how the Colonels will utilize him and the rest of the running backs.

“I think we all have different talents and abilities that will come into play at different points in the season. I’m kind of excited to see how we’re used in each and every game because we all bring something different to the table.”

Sophomore running back Jeremy Rounds said he wants to see how the offense will implement Bussey’s skills.

“It’s really nice to have Kendall on the team,” Rounds said. “It’s really going to be interesting to see how they use all of us together.”

Bussey majors in kinesiology and said he is not sure about his future career plans, but for now, he said he is focused on helping the Colonels win football games in 2018.