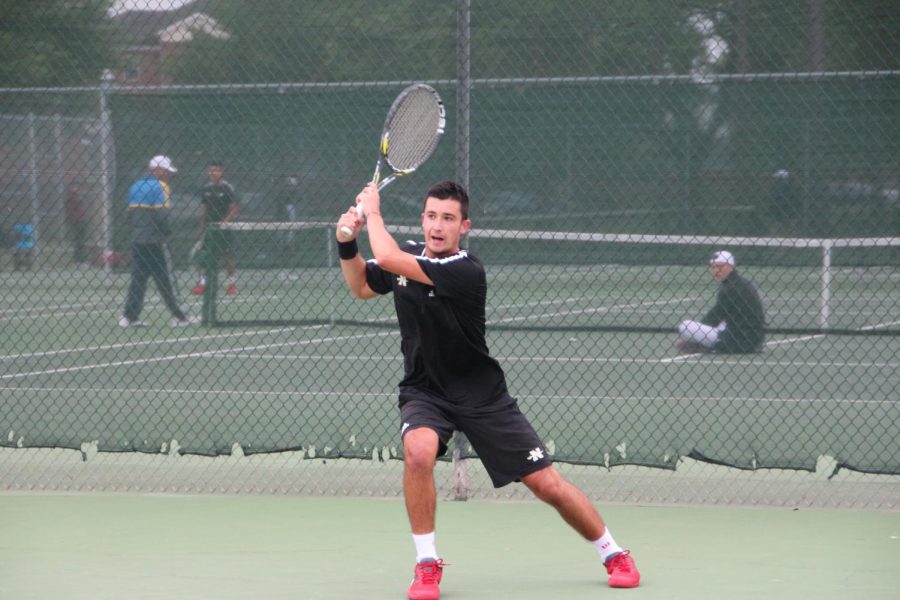 Third-year head coach Greg Harkins said the team has two seasons that start off with the fall, and that the team tries to make the right choices throughout the year.

“Our main season is the spring,” Harkins said. “The fall is where we work on individualized competition, tournament play, and it’s also heavy conditioning. If I think there’s one phrase or anything [for] what it means to be a Colonel, we call it the ‘Colonel Way,’ and the ‘Colonel Way’ is doing things the right way.”

Harkins said each season involves a plethora of competition with many things on the line.

“The spring is when we’ll play the conference tournaments, and that’s really our overall goal is obviously to max out in the spring because if you win the conference, then you punch your ticket to the nationals. In the fall, we’ll play against other conference teams, but it’s more of a regional/ nationals type of schedule [when] playing in events,” Harkins said.

Harkins said things have changed dramatically during his tenure with the Colonels.

Now, the program is headed in the right direction, and the players have a positive outlook for 2018 and 2019.

Junior player Oleksander Podgursky said the men’s team should improve with the experience of his teammates.

“I think last season wasn’t great because we had a lot of freshmen,” Podgursky said. “So, this year is going to be definitely much better since they know what they’re getting into.”

Podgursky said he wants to perform at a high level and help the men’s team make it to the Southland Conference Tournament.

“I just want to give my best and win as many matches as I can. The major goal would be to make it to the conference tournament this year.”

Redshirt junior player Stephanie Barnett said the women’s team should see a change on the court as well.

“We’ve got some good players and good personalities that’ll really help the team to be mentally stronger,” Barnett said. “Hopefully this year we can make conference and win a couple of rounds.”

Barnett said the women’s team has the same expectations as the men’s team.

“We can make conference with the team we’ve got now, and I think really anything’s possible [because] it’s such a mental game.”

The Colonels start the 2018 fall season with the Scramble on the Bayou in New Orleans on Sept. 14.