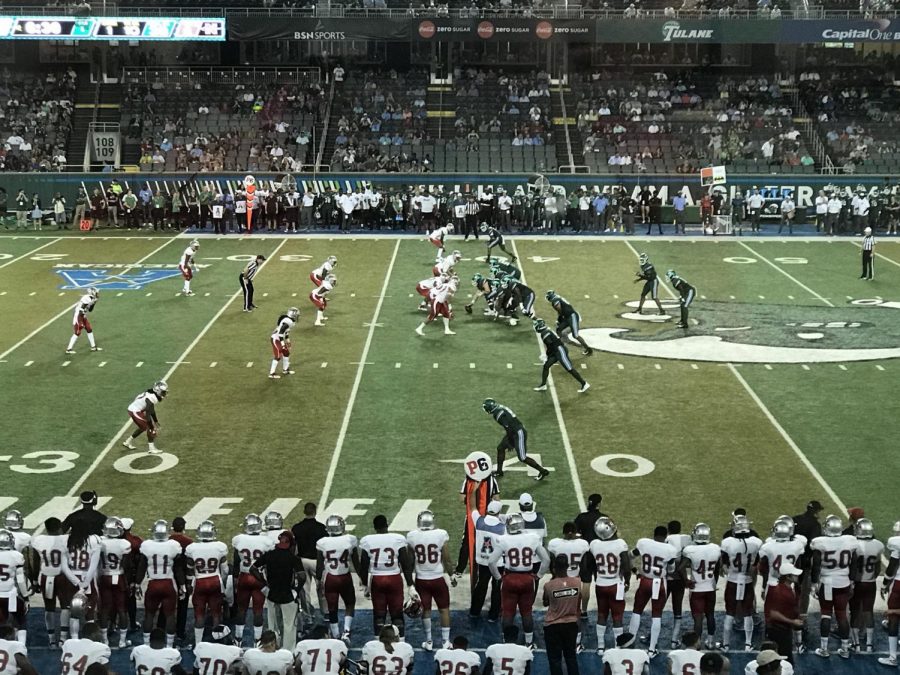 The Colonels race in the LSU Invitational Saturday, beginning with the women’s team at 7:30 a.m. and the men’s team at 8:10 a.m.

In their first race on Sept. 1 at the Nicholls Cross Country Invitational, freshmen runners Julia Garcia Verges and Daniel Figueroa finished in the top five in their respective divisions.

After this meet, the team takes part in the McNeese Cowboy Stampede in Lake Charles Sept. 29.

The Colonels lost to the Green Wave 42-17 this past Saturday at Yulman Stadium.

The Colonels (1-1) travel to Cowboy Stadium to take on a Southland Conference rival, the McNeese State University Cowboys (2-0), Saturday at 6 p.m.

This tournament takes place at the English Turn Golf and Country Club in New Orleans.

Nicholls then travels to Hattiesburg, Miss. to play in the Sam Hall Intercollegiate at the Hattiesburg Country Club Sept. 17-18, with the tournament also beginning at 8 a.m. both days.

The Colonels continued their lengthy homestand, but lost 2-0 to the University of Southern Mississippi Golden Eagles on Sunday.

The Golden Eagles (5-1) increased their winning streak to five games with the victory and gave the Colonels (2-5) their first loss since their 1-0 defeat to the Prairie View A&M University Panthers Sept. 26.

The Colonels face the Lamar University Cardinals (4-3-1) Friday at 4 p.m. and the Southern University Jaguars (1-4-2) Sunday at 1 p.m. to conclude its six-game homestand.

The Colonels start their 2018 season with the Scramble on the Bayou Friday in New Orleans.

“This year, I can say that the expectations for the players have gone up quite a bit,” Harkins said.

“Also, our conditioning is the best I’ve seen since the last two seasons. We’ve brought in another level of recruits, which I think on paper add depth and strength that we may not have had in the previous season. It’s early, but there’s a lot of depth, there’s a lot of experience and we’ve got a lot of good newcomers coming in that can really add to the overall culture and strength of the program.”

After this competition, Nicholls travels to Houston, Texas for the Rice Invitational.

Nicholls embarks on three more games this weekend in the BGSU Invitational in Bowling Green, Ohio.