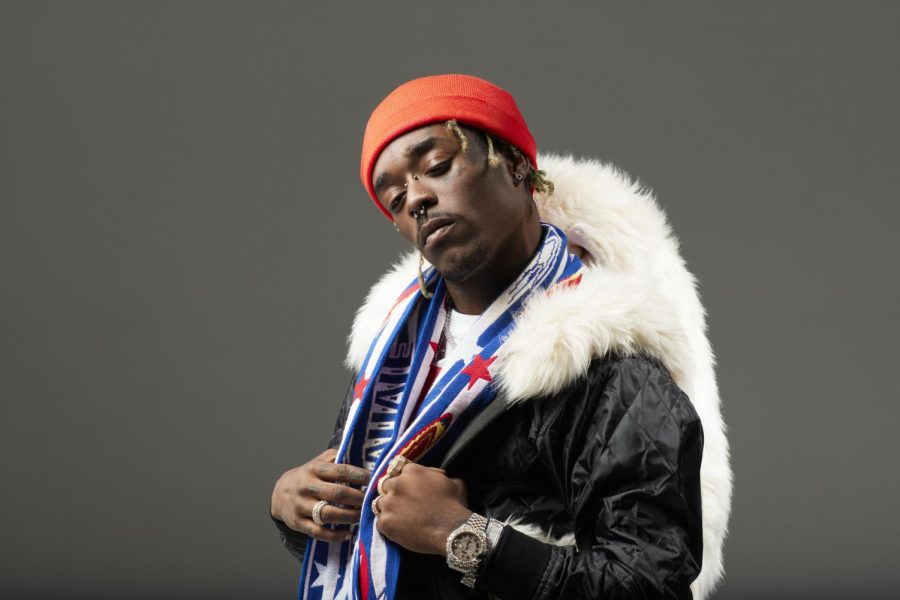 With everything from his early rock-styled singles, to his more recent melodic trap projects, the Philadelphia rapper Lil Uzi Vert has proven himself as a diverse artist who will continue to be an icon for today’s musical world.

Lil Uzi Vert’s debut EP, Purple Thoughtz, released in 2014 and was the first project the rapper had to show the world. This self-produced project showed off the lyricism and potential that the young rapper was soon to unleash on the world, though the instrumentals were much more heavily bass oriented than his newer music. The young talent created a style in which he could mix his rockstar influences with hip-hop. Purple Thoughtz is very different from the rest of his discography, including the next chronological release, The Real Uzi.

In 2014, Lil Uzi Vert dropped his first official mixtape entitled The Real Uzi, which was hosted by The Academy’s Doc Cannon. On this tape, Uzi displayed a maturation in style as he started to transition into the more recognizable flow that Uzi more clearly displays in his later projects. Being his first project as a signed artist, The Real Uzi made a strong showing and opened doors for the aspiring Lil Uzi Vert.

In collaboration with Gucci Mane, Lil Uzi Vert dropped this creatively titled EP, 1017 Vs. The World, in 2016. Guwop and Uzi stunned fans with this unexpected project. Although the project did not receive too much attention, it proved that Uzi had the platform and fame to collaborate with an artist as big as Gucci Mane. Despite its lack of publicity, the EP contained a few memorable titles, such as “In ‘04” and “Secure the Bag.”

Amongst the constantly increasing hype for the upcoming Luv Is Rage 2, Uzi teased potential songs on the album, as well as some throwaways, with these two EP’s. Interestingly enough, the notorious “XO TOUR Llif3” was originally released as a throwaway song on Luv Is Rage 1.5, but instead received so much attention that it eventually went 6x Platinum. With several unbelievably good throwaway songs such as “Luv Scars” and “Bag,” featuring Young Thug, the hype for Luv Is Rage 2 saw a steep incline.

Featuring songs like “Do What I Want,” “Erase Your Social” and “Seven Million,” The Perfect LUV Tape was certainly no album to sleep on. Uzi displayed a change in style on this 2016 album, showing off his ability to be a diverse musician. By exhibiting his vocal talents, as well as his clever lyricism in his bars, Lil Uzi Vert made a statement that he has the musical variety to retain a prominent position in the spotlight.

Following its predecessor Luv Is Rage, Uzi’s first official studio album was one of the most anticipated releases of 2017. After building lots of personal hype from hit songs “XO TOUR Llif3” and “Bad and Boujee,” Lil Uzi Vert’s newest installment to the Luv Is Rage series was sure to be one for the books. Along with the popular “XO TOUR Llif3,” the 2017 album also provided for the popular tracks “Sauce It Up” and “The Way Life Goes”.

As Uzi’s second most recognizable album, the 2015 album opened the eyes and ears of hip-hop listeners everywhere as Uzi introduced his soon-to-be infamous flow. Luv Is Rage is the West Philly rapper’s first relatively widespread project, bringing Uzi’s unique style lots of attention. The rapper’s viral hits “Top” and “7AM” made waves across social media and charts as Lil Uzi Vert started to make a name for himself.

Becoming an instant sensation in 2016, this album is, in my opinion, the best project Uzi has ever released. Lil Uzi Vert vs. The World brought loads of attention to the up-and-coming rapper. Inspired by the 2010 film Scott Pilgrim vs. the World, Uzi sought to make a name for himself by premiering his hit songs “Money Longer,” “You Was Right” and “Ps and Qs.” Once the public got word of these hits, Uzi received an explosive amount of support and fans, eventually landing him in the 2016 XXL Freshman Class.

Lil Uzi Vert has shown time and time again that he has what it takes to flourish in whatever type of music he decides to produce, proving he is a true talent. With Uzi’s second, official studio album Eternal Atake in the works, hip-hop and rap fans everywhere are eager to see what the talented musician has in store.