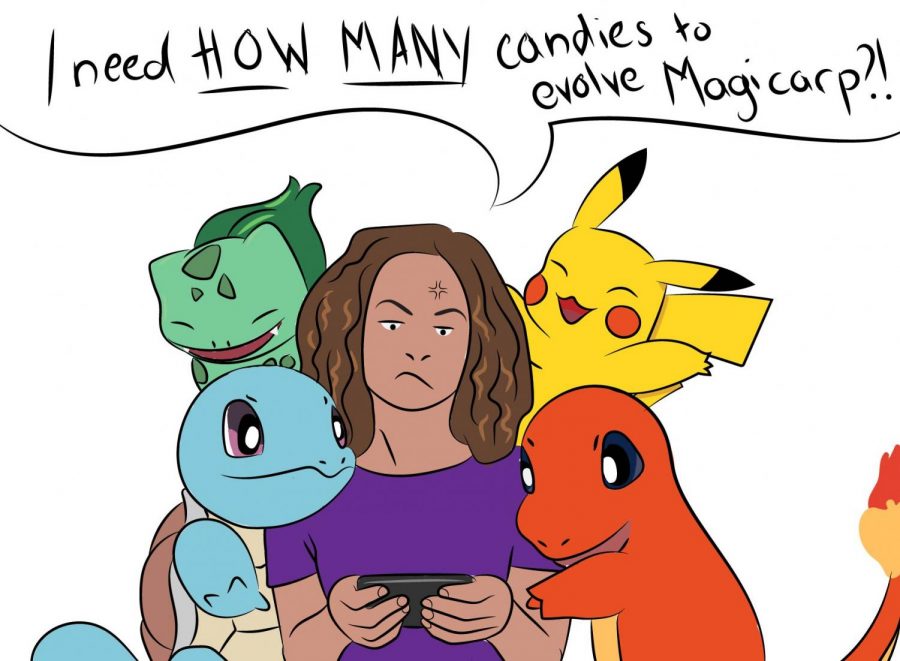 Pokémon Go is a mobile phone game that released during the summer of 2016. Published by the company Niantic, it took the popular game Pokémon and added the ability to catch the pocket monsters in real locations around the world. With an emphasis on getting out and looking around town for that special Pikachu, college campuses quickly became hubs for new Pokémon trainers.

Starting off with only the first generation of Pokémon available, all but the legendary Pokémon were available to catch out of the 151 possible. Niantic listened to their fans and have added just about every feature gamers could have possibly want.

Since the game’s release in 2016, there are more Pokémon, more ways to catch them, better ways to play with your friends and more reliable servers.

Jonathan Dean, a criminology freshman, and Hunter Matzke, a history junior, have different levels of experience when playing Pokémon Go.

Dean started playing Pokémon Go two months ago because he said it seemed like a fun thing to do.

“It’s something really fun to do in public,” Dean said. “Nicholls makes it fun to play on campus because there are lots of Pokestops.”

Matzke originally played Pokémon Go when it came out during the summer of 2016 and recently picked it up again this semester.

“I downloaded the game within an hour of it being released in the U.S.,” Matzke said. “Before that, I had been following it for a year. I stopped playing mostly because I had done everything you could do at the time.”

Although Dean is fairly new to the life of Pokémon Go, he said he looks forward to playing around campus and interacting with the new features.

“I also really like the inclusion of the generation four Pokémon into the game,” Dean said. “I haven’t had any amazing things happen to me playing on campus, but I’m excited for when they happen.”

Matzke said he enjoys the addition of newer generations of Pokémon to the game.

“I was very excited when I came back and they had added the second and third generation of Pokémon,” Matzke said. “I grew up playing with those generations as a kid, and now I can literally catch them in my backyard.”

Pokémon Go’s huge focus on getting trainers out and active creates a great environment on any college campus. It creates an environment where new or pro players can both have fun and catch rare Pokémon around Thibodaux.

“It’s a great way to spend time while doing nothing. Nicholls has a lot of people playing on campus, so it’s a very active community and an easy way to meet new people,” Matze said.

With generation four being released later this year, consider picking up the game and try to catch them all.