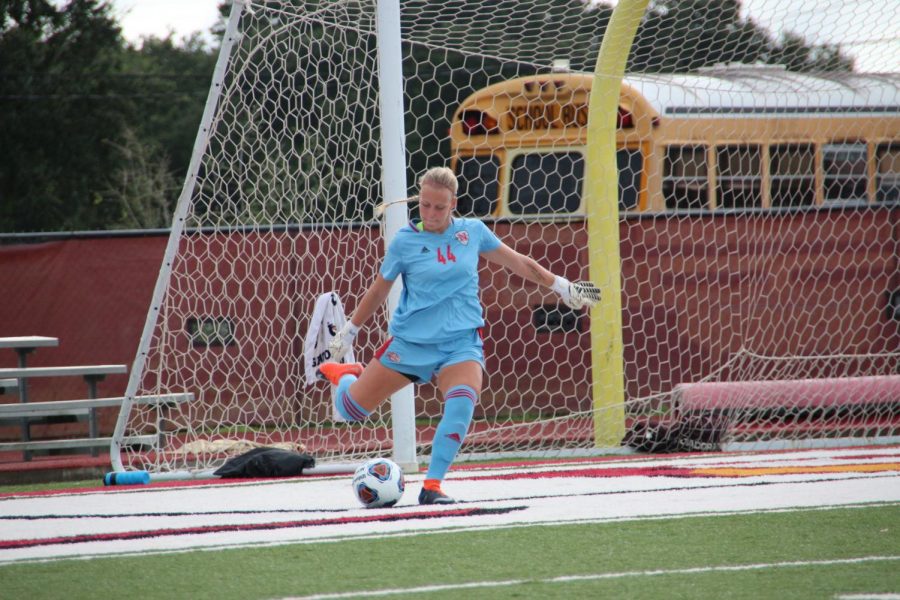 The Colonels race again Saturday, Sept. 15, at the LSU Invitational, with the women starting at 7:30 a.m. and the men following at 8:10 a.m.

The football team entered the 2018 season with a road matchup against the University of Kansas Jayhawks.

But this season, the Colonels stepped into David Booth Kansas Memorial Stadium Saturday afternoon and left with a 26-23 overtime victory.

Nicholls trailed 20-17 with less than one minute remaining in the fourth quarter, as Colonels senior kicker Lorran Fonseca kicked a 43-yard field goal to tie the game.

Jayhawks senior kicker Gabriel Rui kicked a 41-yard field goal to give Kansas a 23-20 lead over Nicholls to start overtime.

Then, junior quarterback Chase Fourcade scored on a four-yard touchdown run to clinch the program’s fourth-ever win over an FBS team, as well as its first-ever triumph over a Power Five school.

Their next game is against the Tulane University Green Wave (0-1) Saturday at 7 p.m. at Yulman Stadium in New Orleans.

The women’s soccer team achieved victory for the first time in the 2018 season when they defeated the Jackson State University Tigers 2-1 in extra time this past Friday.

The Colonels trailed the Tigers 1-0 when senior midfielder Francesca Curteis scored two goals, one late in regulation and one in the extra period, to give Nicholls the win.

On Sunday, Curteis added two more goals in a 6-0 victory over the Alcorn State University Braves to give Nicholls its second win of the season.

The Colonels (2-4) continue its homestand Sunday when they face the University of Southern Mississippi Golden Eagles (3-1) at 1 p.m. at the Nicholls Soccer Complex.

The women’s volleyball team traveled to Lafayette to play in the 2018 Sawyer Camillo Memorial Classic.

On Saturday, they defeated the Mississippi Valley State University Delta Devils 3-0 to earn its second victory of the season.

The Colonels (2-5) play in the Texas A&M Invitational this week starting Thursday at 4:30 p.m. against the Missouri State University Bears (3-3).