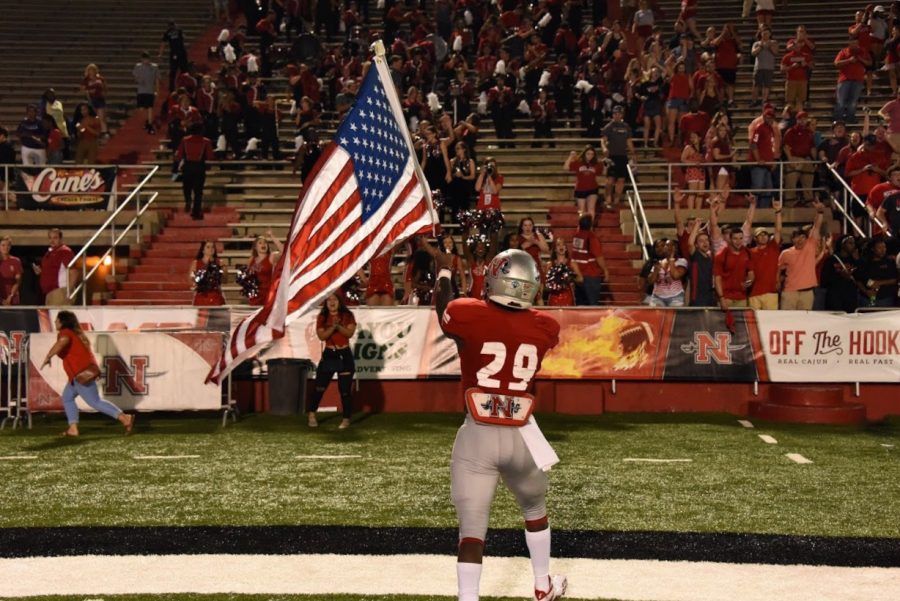 The Nicholls State University football team embarks on its 2018 season one year after hosting an FCS playoff game for the first time in program history.

The Colonels boast 14 players who placed themselves on the Preseason All-Southland Conference lists, with 10 of them making the First Team list.

Nicholls also placed 18th in the country on the FCS STATS Preseason Poll, which is a list that ranks the top 25 FCS programs and releases its rankings each Monday during the season.

Head coach Tim Rebowe said he recognizes the experience of his football team heading into the new season, but added that it doesn’t replace the work put into each game.

“I see a veteran group coming back; [they are] some guys that know the system,” Rebowe said. “They know what it takes to win, and we expect big things from them. Now, does that mean you’ll go out and win eight, nine, ten [or] eleven games? No, it doesn’t.”

Junior quarterback Chase Fourcade, who is a member of the First Team Preseason All-Conference Offense list, said the hype for this season started during the offseason.

Dotson said he wants to step up on his performance in 2017.

“I had seven sacks last year, so I’m looking for double digits this year. I want to help other guys make plays and focus on myself.”

The team will undoubtedly use its 38-31 last-minute playoff loss to the University of South Dakota Coyotes as fuel to its fire to win.

Fourcade said the team wants to propel themselves further than its finish in 2017.

“All of us want to have that goal of being conference champions and eventually reach a playoff game and even go further. We’re just trying to take it week by week, enjoying the moment, because we’re not going to get times like this again. I’m about to play my last year with some of my best friends, and I’m trying to get them a ring as well.”

Getting a ring will be a daunting challenge for the Colonels, as they play on the road for its first three games against FBS teams, the University of Kansas Jayhawks and the Tulane University Green Wave, as well as a Southland Conference rival, the McNeese State University Cowboys.

Rebowe said they play in one of the most hostile divisions in the country, and they must thrive off their home-field advantage of John L. Guidry Stadium.

“Our conference is one of the toughest FCS conferences in the country, and you better bring your ‘A’ game every week. But, we’ve got to be able to win these games at home; we have to go undefeated at home. And hopefully we can get on the road and steal a couple of games over there and put ourselves in position in November to get into the playoffs and make a playoff run,” Rebowe said.

The Colonels’ first game against the University of Kansas Jayhawks takes place Sept. 1 at 6 p.m., with coverage on ESPN+.