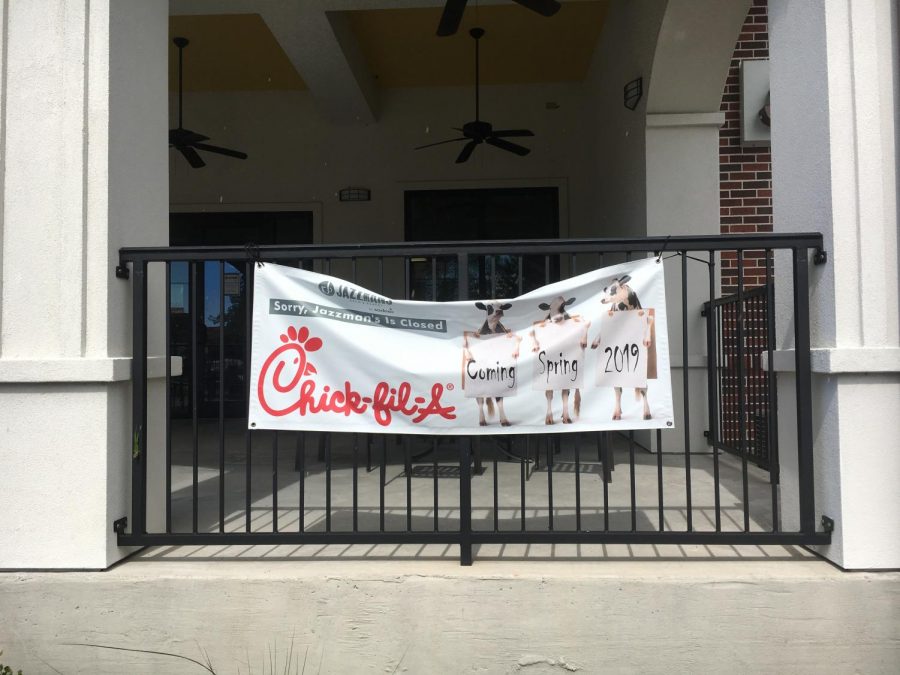 An overview on Chick-fil-A’s return to campus

After many years since Chick-fil-A departed from the Donald G. Bollinger Memorial Student Union, it’s scheduled to return to Nicholls State University’s campus in January 2019.

Chick-fil-A will be replacing Jazzman’s, and the building will also undergo renovations. It’s going to be a fully functional Chick-fil-A, however, the drive-thru feature present at other locations will not be present on-campus. Students will be able to park or walk to the restaurant to eat instead of driving through the drive thru.

The Nicholls campus location will present store hours identical to a standard Chick-fil-A and remain closed on Sundays, and it will have full operating hours on Fridays and Saturdays during the entire year.

Pricing is also going to be competitive, trying to stay as close as they can to the other chains around Louisiana.

There is no new Jazzman’s coming to Nicholls, but the lobby of the library is going to be converted into a coffee house of sorts. Colonel Cash and munch money will be taken, and more student jobs will be offered when Chick-fil-A opens than Jazzman’s because the Chick-fil-A has longer operating hours.

Craig Jaccuzzo, the chief of Nicholls police, and his staff studied the Houma Chick-fil-A to see how they handled the large masses that move through their building daily. A traffic circle on Audubon Street will be implemented by the city to help the traffic flow. It’s not known how much more parking will be made available, but street side parking may be implemented to ease traffic.

Certain streets are also likely to become one ways to help control the amount of cars coming onto campus. Tickets will be given out like usual to those who park illegally. The stop signs and crosswalks are also going to be made more visible, as students are constantly walking through campus.

“Our concerns are in pedestrian safety and the use of crosswalks,” said Jaccuzzo. “We are a pedestrian-based campus; we park and we walk.”

Hannah Mooring, a history sophomore from Houma, said she is excited for the addition of a fastfood restaurant on campus but worries parking will be an issue.

“Parking is going to be way worse, and overcrowding is an issue,” Jaccuzzo said. “It’s new, so everyone is going to want to go. It’s also going to be weird having so many new people on campus.”

Street parking may be the solution to parking, and Jaccuzzo and Nicholls Police will be making sure to keep the students safe.

Alec Mounce, a marine biology freshman from Sulphur, said “It’s going to give a lot of students more opportunities to work on campus, and that’ll help the campus as a whole.”

Having a fast food chain like Chick-fil-A on campus will be convenient for those who have to work while also being a student.

Logan Leblanc, a journalism sophomore from Thibodaux, said he’s “excited to have a Chick-fil- A, but would have rathered it been a Starbucks. Jazzman’s was a cafe which let me hang out and drink coffee.”

Stephen Donovan, a public relations senior from Houma, said he’s worried about Chick-fil-A renovations spreading past Spring 2019, but Terry Braud, vice president of finance and administration, said the restaurant should be ready for January 2019.

Austin Wendt, vice president of the Student Government Association, said, “ Sodexo is always looking for partnerships with other companies, always looking for opportunities to spread the brand. There are no known plans for bringing other major chains to campus at this time.