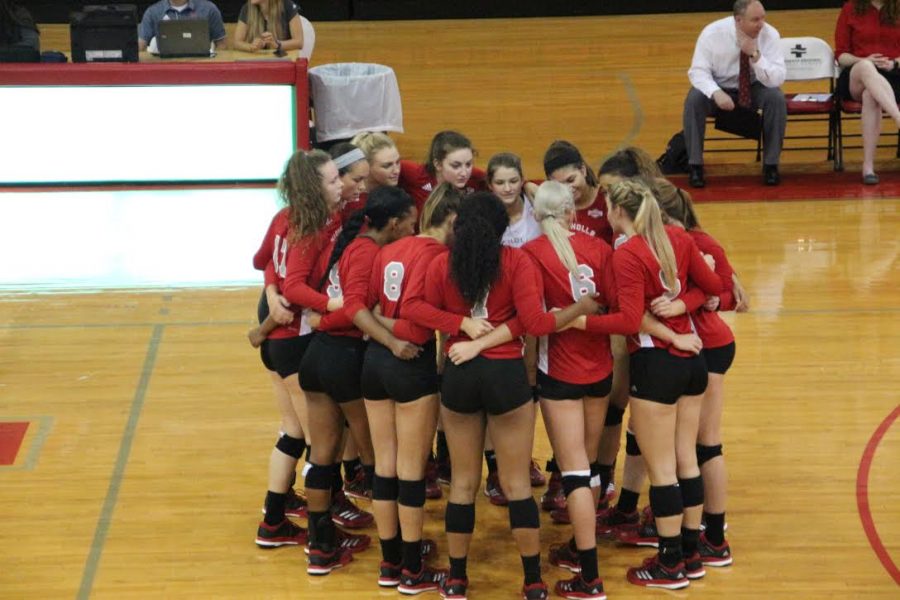 The Nicholls State University women’s volleyball team kicks off its 2018 campaign this weekend at the North Texas Invitational.

Van Vark said he encountered some obstacles when he became head coach of the Colonels.

“It always hectic taking over a program,” Van Vark said. “My previous assistant left for other pursuits, and my graduate assistant graduated, so I replaced the entire staff. We also had a lot of recruiting to do; we did two years’ worth of recruiting in four months.”

Van Vark brought experience with him and said he developed his own coaching philosophy.

“I’ve been fortunate enough to be mentored by a lot of historic coaches,” Van Vark said. “They all pushed me to come to a belief of my own that’s three words or less. Mine is courageously guiding discovery. So, we push every day to make sure that we are fully invested, we do everything with our entire heart and help our athletes discover things. We’re not necessarily dictating things; we want them to find their way to do it.”

Sophomore middle blocker Lydia Frederick said she and the team welcomed the addition of Van Vark.

“I think a big reason why they hired coach Jay is because he’s a lot different than our last coach, and I think that’s given the girls a different mentality that we’re ready to work this year, we’re ready to make a change and show everyone that it was a good choice to find a different coach,” Frederick said.

Senior outside hitter Brieanna Hill said she sensed confidence in Van Vark when he arrived.

“There’s a different vibe and a different atmosphere,” Hill said. “This year is fresh, and he knows exactly what we’re going to do. He has a method for everything that we do.”

“I think definitely with having coach Jay here, I’ve learned a lot of different techniques and ways to approach that are much more efficient and effective than I think my game was last year, so I’m ready to take that onto the court.”

Some players on the team have dates of games already penciled in, like Hill, who has Aug. 31 fresh on her mind.

Hill said she wants to have the chance to defeat her former school, the University of Louisiana at Lafayette.

“I think that’s probably my top priority is the UL game right now just because that is where I transferred from. I have no bad vibes with them whatsoever, but it’s like ‘Hey, I’m here now,’ and it’s also my birthday [the day we play UL], so it would be a nice win.”

Van Vark said his vision for the team is simple.

“We would love to make the tournament. We’re going to be young and it could easily go either way in a whole bunch of matches, so we’ll see at the season goes on.”

The Colonels face an uphill battle before conference play begins, with four road tournaments before coming back to play in Thibodaux.

Hill said she and the team are ready for the challenge.

“During preseason, we’re always on the road traveling,” Hill said. “It is further away, but at the same time, it’s good competition and it’s going to get us ready for our conference tournament. So, I think that those four tournaments that we have in the beginning, if we can get through those and keep moving and keep pushing, I think we’ll be perfectly fine in conference.”