Sneaker Feature will be a monthly column providing shoe-related content about the most culturally popular sneaker brands like Air Jordan, Yeezy, Nike, Adidas, etc. The content that’ll be published here will touch on topics such as the resell market, upcoming releases, restocks, release recaps and Nicholls students’ opinions on controversial kicks. Whether you’re a diehard sneakerhead or just trying to see what all the fuss is about, this column is for you. This time around, Sneaker Feature will focus on how 2018 has already established itself as one of the best years for sneaker culture yet. To show off what this year has brought to sneaker culture, we’ve compiled a list of the top five sneaker releases of 2018 so far:

To everyone’s surprise, Jordan Brand dropped an Air Jordan 3 and Justin Timberlake collaboration that was only available for purchase during halftime of the Super Bowl. The shoe dropped just two days after the release of JT’s album Man of the Woods. With a new JTH 3 on the way, much of the original hype for the Super Bowl 3s is resurging.

Continuing along with the trend of Jordan’s collaborations with musicians, Houston rapper Travis Scott has been in the works with Nike as well. The Cactus Jack 4s proved to be one of the most anticipated releases of the year. Travis, while making waves with his chart-topping album Astroworld, has brought a lot of attention to himself, as well as his fire Jordan collaboration.

The never-before-seen Yeezy Wave Runner 700 has proven its reputation as the best new shoe model in both high-end and streetwear fashion markets. Despite loads of controversy about Kanye West, his newest addition to the Yeezy family is a widely recognized one.

Sean Wotherspoon, the founder of the consignment shop Round Two, won the RevolutionAIR contest held by Nike. The publicly open contest called for entrants to design a Nike Air Max shoe. When all of the designs were entered, the public voted on their favorites of the entries, and, as you could’ve guessed, Sean Wotherspoon won the contest with his colorful mashup of the Air Max 1 and the Air Max 97. His public presence may have played a part in his winning, but nonetheless, he created an incredibly likable sneaker.

As many of you could’ve guessed, the Off-White x Nike collaboration on “The Ten” takes the #1 spot of 2018’s greatest sneaker releases. The collection is comprised of Off-White founder Virgil Abloh’s reconstruction of 10 of Nike’s most notable shoes, including the Air Jordan 1, Chuck Taylor, Air Presto and Air Vapormax. Featuring in both the “Chicago” and “UNC” colorways, the Off-White Air Jordan 1, being the most notable release of the collection, has become a staple of sneaker culture.

Those were the most popular sneaker releases of 2018 so far, and the rest of the year has some heat in store as well. This Sneaker Feature column has a lot of potential and a lot of great content on the way, so be sure to check out next month’s edition. Always remember, keep your heat in check. 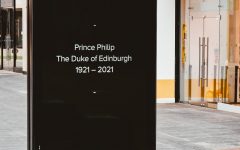