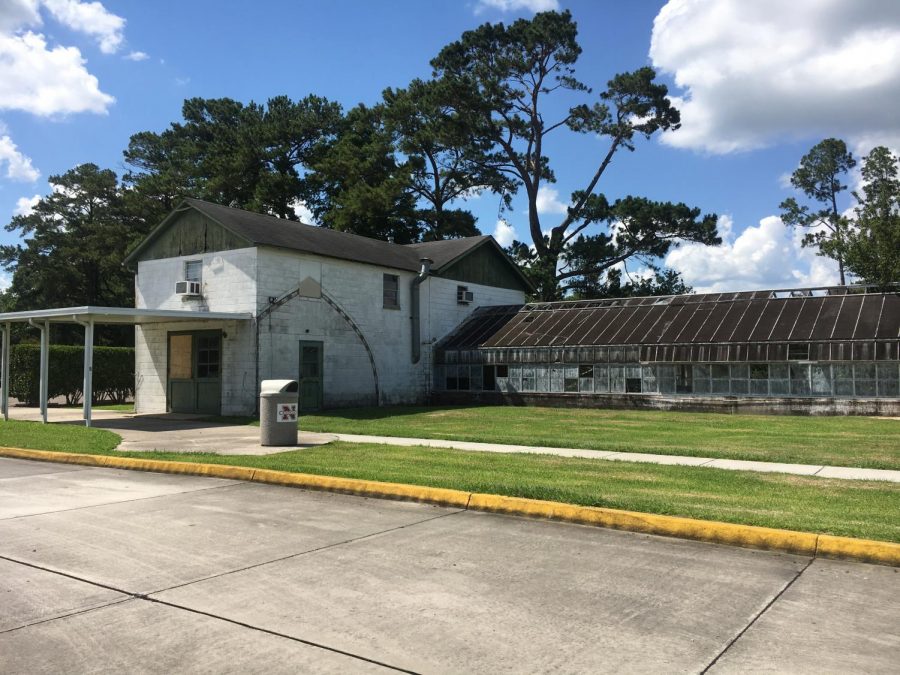 Nicholls greenhouse sits vacant after being deemed unsafe for use.

Renovations to Nicholls’ vacant greenhouse are set to combine the efforts of culinary students and
Bridge to Independence students to incorporate the modern farm-to-table movement into the
university’s culinary program.

The idea behind the renovations is to allow for the growth of various herbs, vegetables and fruits that
the culinary department can utilize, said Recruitment and Outreach Coordinator Hillary Charpentier.
Bridge to Independence students and culinary students would ultimately work together to upkeep the
greenhouse.

“It’s just kind of a way for us to save more money, grow things out of season and just kind of add that
farm-to-table aspect to the program so that our culinary students can get some exposure to growing
fruits and vegetables and things like that, as well as cooking them,” Charpentier said.

Charpentier said that the greenhouse has been vacant since it was deemed unsafe for use.

“I want to say sometime in the last three to five years was when the greenhouse was officially deemed
not safe to use, I guess because of the glass the wasn’t tempered properly for hurricane winds and
things like that,” Charpentier said.

While no definitive growing schedule is set in place yet, the greenhouse will ultimately feature the same
types of items that the department is growing in its Tower Gardens now, Charpentier said. It will also
allow for the department to grow herbs that are generally hard to find.

“We just talked about growing chervil…It’s a very random herb that we use not all that often, so when
we have to purchase it for a class, it’s either too hard that we can’t find it, or we have to purchase it in
such a large bulk quantity that a lot of it goes to rot before we’re actually able to use it,” Charpentier
said.

The greenhouse will give both Bridge to Independence and culinary students the opportunity to learn
concepts such as how to grow items out of season and the difference between planting in raised beds
with soil versus hydroponic gardens that don’t contain soil. Such concepts can benefit culinary students
as they move into the industry, Charpentier said.

If the greenhouse proves to be a success, Charpentier said that plans to expand it could be possible.

“There’s a possibility for maybe having some sort of farmers’ market on campus or something like that a
couple times a month or something,” Charpentier said. “Other culinary schools have looked into having
beehives on campus. There’s just all kinds of different things that you could do with it, and I think that
the more that people get involved, there could be the potential to have special events over there.”

Charpentier said that she expects the greenhouse to be in the building process by next semester.