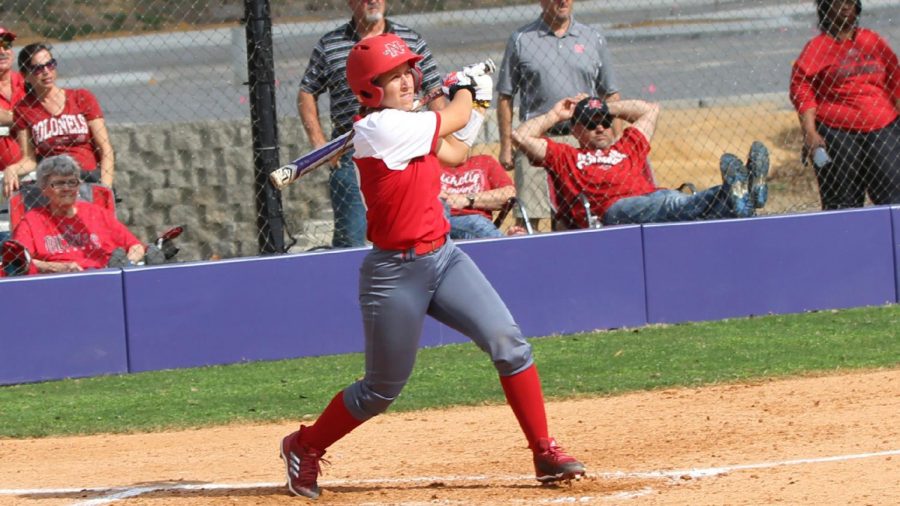 The Colonels added two runs in the sixth inning to hang on and win 4-3.

On Saturday, Nicholls won its next two games in a more convincing fashion by beating Northwestern State 8-0 and 1-0.

The Colonels compiled 13 hits in their 8-0 victory over the Demons, and redshirt senior catcher Moriah Strother hit a two-run homerun in the second inning.

IT’S ANYBODY’S GAME
This season, Nicholls has a (15-2) home record.

With just six games remaining in the regular season, Nicholls controls its own destiny.

LOOKING AHEAD
They are scheduled to travel to Texas this weekend to face the Texas A&amp;M – Corpus Christi University Islanders (12-33- 1, 3-18 SLC).

The games are set for Friday at 6 p.m. and Saturday at noon and 2 p.m.

Then, the red and gray will return home for their regular season finale against the Lamar University Cardinals (24-24, 9-12 SLC) May 4-5.