On April 17, I attended the Nicholls Student Speech Forum in Peltier Auditorium. As a mass communication major, as well as a student currently enrolled in Speech 101, I attended the forum mainly as a class requirement and did not expect to get much out of it. The topic of debate (do gun control laws lessen gun violence?) was chosen through student vote.

First, here is some background information. Each semester the university puts on a Student Speech Forum where two students are allowed eight to ten minutes to give their own persuasive speech on opposite sides of a given debate topic.

Moderated and coached by Dr. Rya Butterfield, the speakers must have completed or be enrolled in Speech 101.This semester the participants were Joshua Kesler, sophomore biology major from Gonzales on the “pro” side, and Benjamin Gautreaux, sophomore mass communications major from Gray on the “con” side.

Before the speeches begin everyone in the audience was given a vote slip to vote either pro, con or undecided. Votes were cast both before and after the speeches. After each participant delivered their speech, the floor was open to the audience to voice any questions or comments to either speaker, with both speakers being allowed three minutes to end their respective arguments.

Kesler was the first to speak, and he wasted little time with hammering home his main points. He spoke of enforcing stricter and more thorough background checks, as well as potentially increasing the gun ownership age from 18 to 21. Gautreaux, on the other hand, spoke of how current gun laws are mostly ineffective and that surges of what he called “moral compassion” were the reasoning behind the cry for more gun control laws.

I left the forum with my personal opinion unchanged, yet a different outlook on the topic of gun control. Instead of having an indifferent opinion on the forum, I did come to the conclusion that these forums are important for us, as students, to voice our own opinions and take in the opposition’s views as well. This not only educates us on major societal issues, but also strengthens and amplifies our voices as the new generation of adults. 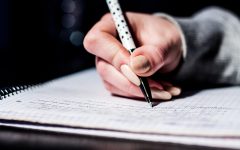 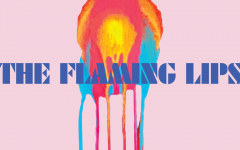