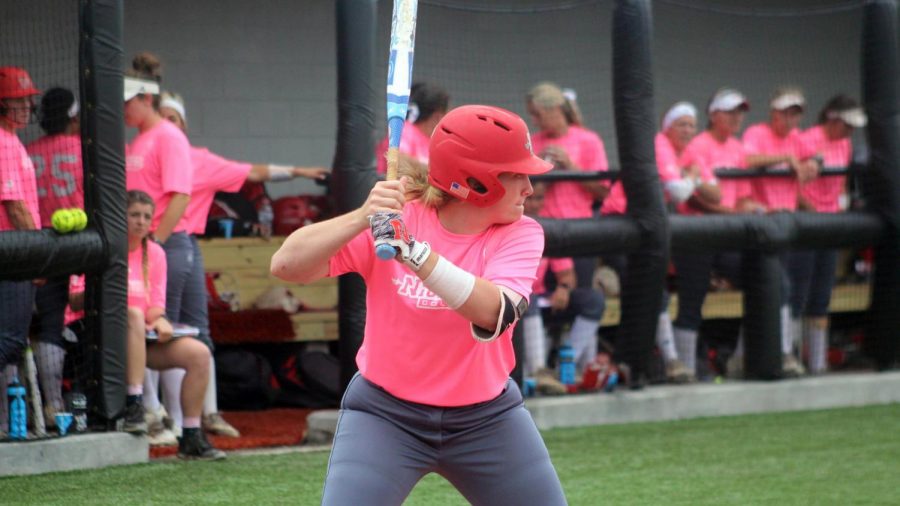 The Nicholls State University softball team remained in first place in the Southland Conference standings, despite losing two out of three games to the McNeese State University Cowboys last week.

Nicholls won the first game 10-2, but lost the second 14-5, despite earning a combined eight
home runs in both contests.

On April 14, the Colonels added two home runs in the third game, but fell to the Cowboys 7-3,
and lost the series.

The team then returned home to face the Alcorn State University Braves for a doubleheader this
Tuesday.

It was no contest, as Nicholls won the first game 9-0 and the second 8-,0 as freshman pitcher and
first baseman Alexis LaBure threw her first career no-hitter.

HOME RUN DERBY
To go into detail about the series against the Cowboys, the Colonels earned 10 home runs during
the three-game series.

In the second, Nicholls added three more with solo home runs from Clement, Frederick and
Strother.

And in the third, the Colonels tacked on two more with home runs from freshman outfielder
Kelsey Miller and Strother.

LOOKING AHEAD
The Colonels (29-13, 12-6 SLC) are in first place in the conference, but have identical
conference records with the McNeese State University Cowboys, Southeastern Louisiana
University Lions and Stephen F. Austin State University Lumberjacks.

Nicholls has nine games remaining in the regular season, which are all three-game SLC series.
The Colonels face the Northwestern State University Demons (24-16, 11-7 SLC) at home from
April 20-21 with games scheduled for Friday at 5 p.m. and Saturday at noon and 2 p.m.